By means of a press release, Apple has announced its OS X Mountain Lion has amassed three million downloads in just 96 hours, rendering it most successful operating system release ever for Apple.

The announcement is in line with previous data compiled by Chitika, which revealed Mountain Lion had already been installed on 3.2 percent of all Macs. The mobile ad company discovered around 45 percent of Mac users are still rocking Snow Leopard (10.6), 13.56 percent using Mac OS X 10.5, while 2.75 percent are still somewhat languishing on OS X 10.4.

Mountain Lion is the second download-only release of an operating system from the Cupertino company, and has managed to blow the success of OS X Lion – released last summer for $29.99 at the Mac App Store – out of the water. Coming in at the new lower price of $19.99, consumers have been keen to adopt Mountain Lion, which incorporates many features made popular on iOS including Reminders, Notification Center and iMessage.

Phil Schiller was particularly buoyed by the milestone, noting:

"Just a year after the incredibly successful introduction of Lion, customers have downloaded Mountain Lion over three million times in just four days, making it our most successful release ever."

Those purchasing a Mac on June 11th or after can get a free Mountain Lion upgrade, and as well as the aforementioned "iOS-ification" of OS X, Mountain Lion packs in a total of 200 new features, from iCloud integration to an impressive 1,700 new APIs. 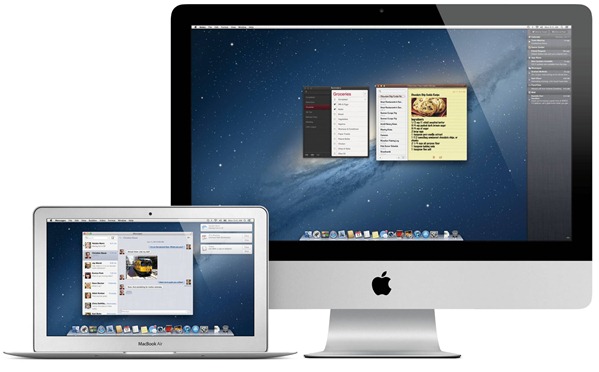 Facebook integration is, according to the press release, also said to be on the way "in an upcoming software update to Mountain Lion," although no specific release period has been given. The world’s foremost social network will be woven into iOS 6 later this year, and with desktop and mobile ecosystems so tightly knit, it’s no surprise to see Mountain Lion follow suit.

It’s certainly a job well done by Apple, and the next challenge will surely be in attempting to get a larger number of Mac users to adopt the new operating system. Those using an iPhone and / or an iPad will be the easiest targets, such is the integration offered with Mountain Lion, but there are still many OS X users out there which see the iOS features as something of a gimmick.