Battery life is hardly the most impressive feature of today’s most popular smartphones. For enthusiasts like you and me, there really isn’t any smartphone that can come off the charger in the morning and make it through the night to be useable the next work day. And so, until the next revolution in battery technology comes along, it’s best to work on conserving as much battery life as possible without losing features that make your smartphone smart.

I’ve been playing around with an app called Badass Battery Monitor this past week and have found it to be very useful to find out which apps are responsible for unnecessarily draining of battery life so you can take necessary steps to prevent them from doing so. Check it out after the jump. 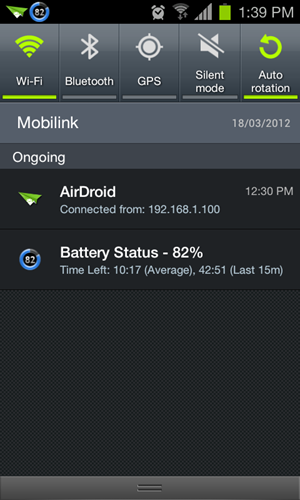 The app has been tested on a Samsung Galaxy S II on Android 4.0.3 ICS and we can confirm that it works as advertised. 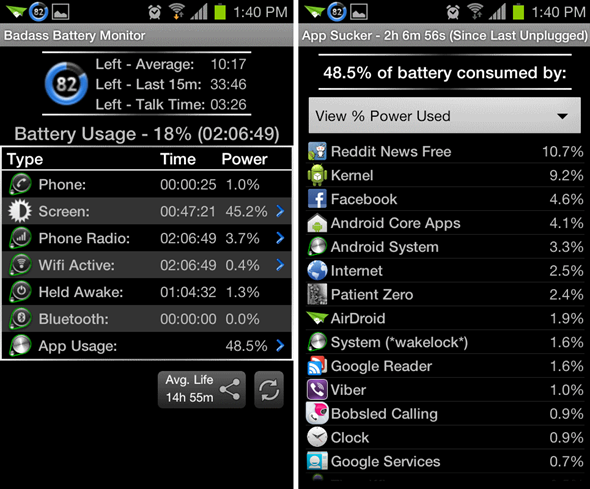 While Badass Battery Monitor does offer features like status bar notifications, widgets, the ability to share battery stats etc. etc., it’s most attractive feature lies in its ability to tell which apps are keeping your device in what is called a wakelock. Your device is said to be in a wakelock state when it’s display is off, it is locked but still apps are using resources in the background. These Apps that keep your phone in wakelock are one of the biggest offenders of battery drain, so it is important that you know which ones are responsible. You can access these apps by tapping App Usage > [name of app]. If it says *wakelock* under Included Processes, you’ve caught it! 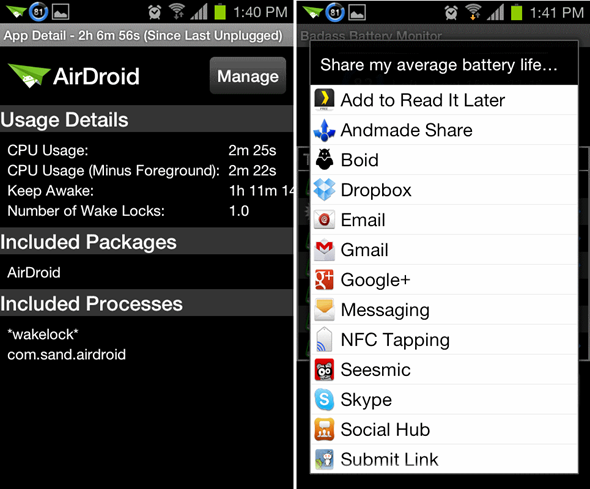 In my time with the app, I found Bobsled Calling and Facebook for Android to be responsible for about 10%-15% of power used by apps. Both apps are now exited manually each time I’m done using them.

Don’t forget to let us know what you think of Badass Battery Monitor by leaving a comment over on our Facebook and Google+ page.