The Apple Watch is all the rage right now thanks to the arrival of the Apple Watch Series 4, and that means that there has never been a better time to launch a new accessory specifically designed for use with Apple’s wearable. That’s exactly what the folks at OPSO are doing with their Portable Wireless Charger, a device it says is going to reinvent the way you charge your Apple Watch.

That’s a bold claim, and I’ve been using one for the last couple of weeks now. While I’m not sure it’s going to reinvent anything, I can definitely see a use case for it and there have been times where I have been glad to have it around. 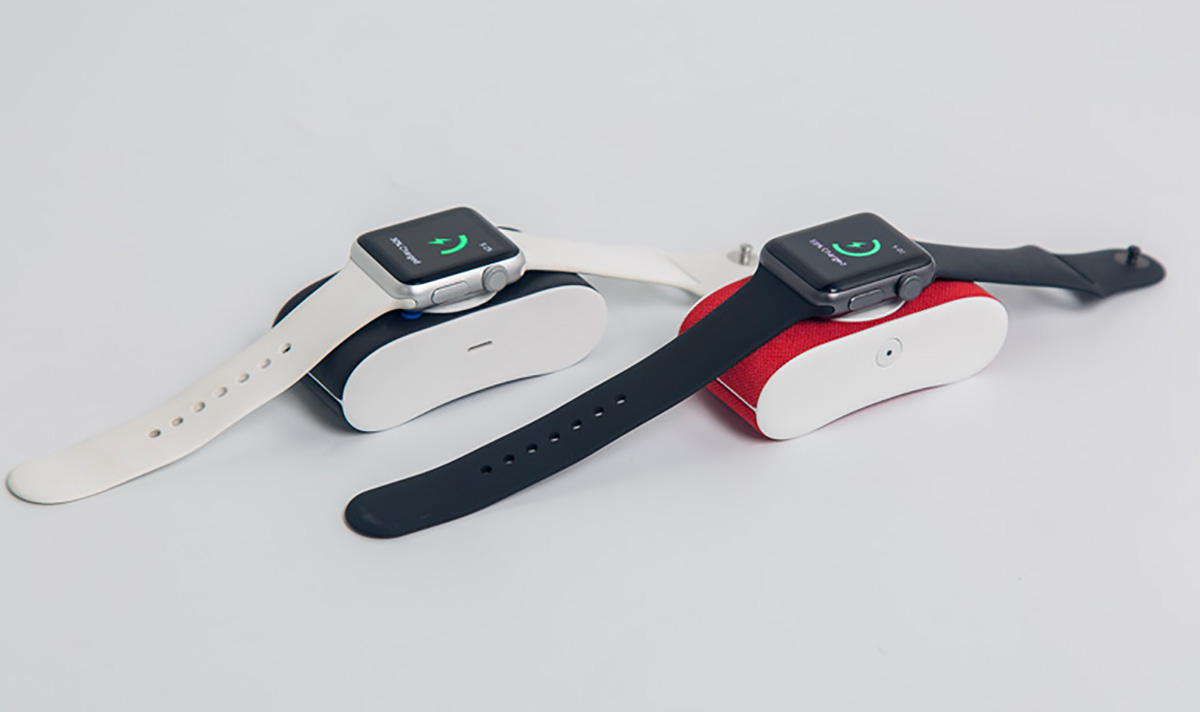 Let’s kick things off at the very beginning by outlining just what the Portable Wireless Charger is. As the name probably gives away, this is a portable Apple Watch charger that is essentially a curved slab of plastic with a battery inside. The charger comes in two colors – red or black – and I’m pleased to say I have the red one because while chargers aren’t usually the best-looking things in my tech bag, that is absolutely not the case here. Curved to support the Apple Watch and just the right size, the Portable Wireless Charger looks like one of those cushions that high-end watches sit on when in their boxes. You know the kind I mean. That’s the look this charger has with an Apple Watch wrapped around it and, dare I say, it looks rather good. It’s practical, too, because it keeps everything attached when you fasten the watch around the charger which is perfect if you’re using it on the go.

That’s where the charger comes into its own, too. I can imagine the Portable Wireless Charger being a godsend when partaking in the outdoor activities I’m told people enjoy – something about a tent in a field; I think they call it camping. While I jest and camping has never been my thing, I can see this being a great addition to any outdoorsy person’s arsenal when wearing an Apple Watch. The same goes for anyone staying in hotels, too, because the Portable Wireless Charger has a party piece to offer.

That party piece is that, thanks to being wireless and having its own battery built-in, you won’t need to take your wired Apple Watch charger with you when you travel. That’s great in and of itself, but when you factor in the way the Portable Wireless Charger is itself charged via Lightning cable, things start to make even more sense. You’ll already have one of those for charging your iPhone, so you really don’t need any more cables. A Lightning cable and the OPSO Portable Wireless Charger is all you need, and there’s a lot to be said for that. You won’t need to charge the thing too often either, thanks to its built-in battery’s ability to fully charge an Apple Watch up to four times before needing its own top-up.

Other tidbits include an LED to tell you when the charger is low on battery, so you’ll never find the thing is out of juice when you need it most. The whole thing is MFI certified, too, meaning it has the Apple seal of approval, in turn ensuring that you shouldn’t have any issues charging an Apple Watch or finding a Lightning cable that refuses to work. In a world with so many non-MFI accessories available, certification is important. 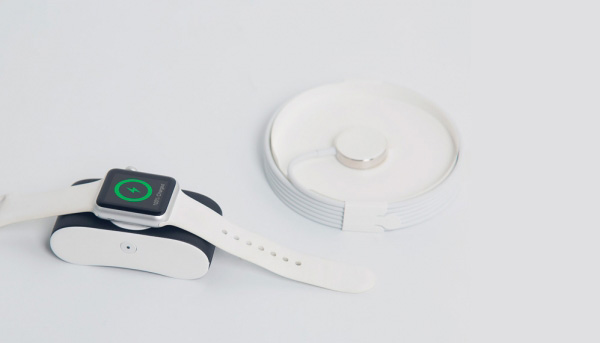 If it isn’t clear by now, I’m a fan of this little charger. I don’t expect anyone to use it daily, but if you travel or find yourself away from home regularly, I think this is one little accessory that you really should have to hand. It won’t break the bank with an expected retail price of $39 when it goes on sale this month, so if you own an Apple Watch, this is one accessory that you might not use a lot, but you’ll be glad to have when you do.

You can learn more about it at opso.io.