Regardless of you opinions on Apple’s Siri voice-guided digital assistant that comes with a number of iOS devices, you have to admit that it has been used to perform some extremely interesting tasks since it was first created. After undergoing recent changes as part of iOS 6, Siri has also become a lot more useful to the average user now that it can provide information to worldwide users about businesses, sports scores and points of interests like local restaurants. But what if we could somehow hook Siri up on a date with a Raspberry Pi and make them work together to open our garage door at will? Step forward SiriProxy.

The integration of the Raspberry Pi with Siri and the SiriProxy software is a home-based project by an enthusiast known as DarkTherapy on the Raspberry Pi forums. To get his project underway, he initially went through the process of getting SiriProxy up and running on the tiny little Raspberry Pi hardware before implementing the wiringPi library to gain access to the Pi’s GPIO pins in order to perform the necessary physical functions on the connected relay that would ultimately open and close the garage door when the command is given through Siri. 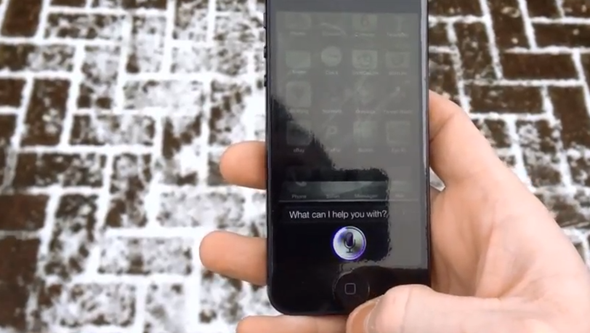 Once the initial overhead work of actually compiling SiriProxy and installing wiringPi on the Raspberry Pi was complete, it became a case of pulling together a relatively simple Ruby script that would interact with Siri to execute the given commands. The process may seem initially daunting to those who don’t have any experience with the Raspberry Pi hardware, using SiriProxy or even writing any code using the dynamic Ruby programming language but process and detailed information is all provided on the original post in the Raspberry Pi forums for those who might want to give it a try.

One of the great things about the Raspberry Pi and software like SiriProxy is that they really can be extended to perform a wide array of unique tasks. Taking the Raspberry Pi out of the equation, we have already seen Siri being used in conjunction with SiriProxy in a home automation based environment as well as media enthusiasts using the software to directly control their TiVo boxes and being able to query what the box is recording.