One Tenth Of Men Would Reportedly Prefer Taking An iPad Over Getting Laid, Shocked?

Judging by the reaction of those who’ve come into contact with it, the new iPad is a joy to behold. It has a beautiful body, is visually pleasing, and, according to 10 percent of men, more pleasing than making love to a woman.

In one of the more hilarious polls we’ve stumbled across, it has been revealed in an unbelievable statistic that one in ten of the male population would prefer to run their fingers across the 9.7 inch, 2048-by-1536 Retina display than across the body of a potential partner. Although my first reaction to this story was to laugh, it’s actually somewhat alarming, and my faith in humanity appears to be slipping away little by little. 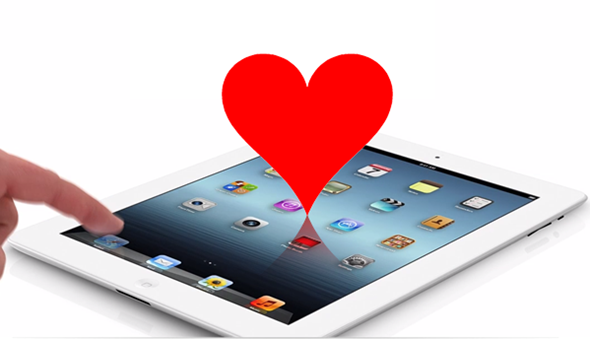 It begs the question, who are these 10%? Surely, you would think, they answered the poll ironically, and were astounded that it was even a question in the first place. Here at Redmond Pie, we love our gadgets, and we spend most of our time talking about them, but interaction with human beings could never be eclipsed by a fancy iOS interface – Notification Center or not.

Of course, while there are the small minority who prefer to be hermits than actually go out, socialize and interact with other life form, the ten percent number is a lot higher than anyone could have predicted.

Meanwhile, women aren’t as giddy for the iPad, and would much rather become involved with a new love interest than sit around scratching their backsides and playing Angry Birds. An overwhelming 96% of females polled said they would prefer to hook up with a manfriend than fork out for a new iPad, but then again, do one in twenty women really want a new iPad over a man?

Most new things tech-related are dominated by us males, so one has to wonder if as high as six percent of women actually want an iPad in their life anyway?

According to the poll, 71% of both men and women would rather have a FaceTime rendezvous with any prospective date before meeting them in the flesh, which suggests that the 10 percent are possibly being shrewd, preparing better dates in order to find a better match in the long run?

Somehow, we doubt it.