Official Xbox One Stereo Headset And Headset Adapter Announced, Here Are The Details

Microsoft has just unveiled a new stereo headset for the Xbox One, the features of which will make for a premium in-game and general entertainment experience. But if you already have a headset that you wish to use with your Xbox One rather than buying a whole new one, then the good news is that you can hook it up to your new console by means of a legitimate Xbox One Headset Adapter, which the Redmond is selling separately. Further information can be seen after the break!

The Stereo Headset Adapter is included with the headset itself, allowing you to adjust the mic, general volume, as well as mute the mic if you wish to personally curse at the person or people you’re playing against. But if you require just the adapter to hook up the beloved gaming headphones that you already own, then the adapter will sell separately, for the cost of $24.99.

The Headset, meanwhile, will carry an MSRP of $79.99, and both will begin shipping, according to Hryb, by “early March.” Thankfully, it won’t require any extra batteries as it simply leeches your controller’s juice, and as well as being a great accessory for the all-new Xbox One, is also compatible with smartphones, tablets, PC and Mac. 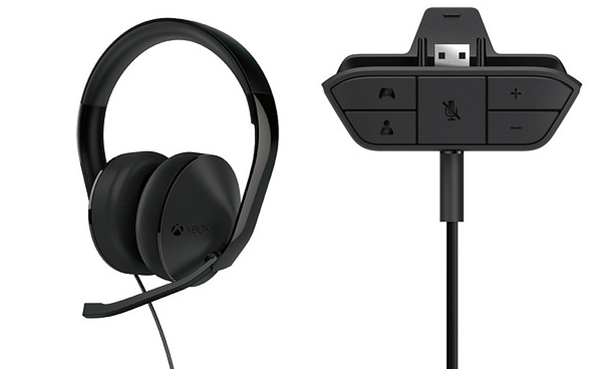 It’s good that the adapter is being sold separately from the start, although the slightly high price of $24.99 has no doubt been put in place to try and cajole Xbox One users into picking up the headset anyway. Hardcore gamers will likely just be picking up the adapter on its own, though, since this particular sect of the console-using community tends to be very specific about which headsets to purchase. But if you’re a general gamer looking for a more immersing experience, then the Xbox One Stereo Headset looks a decent buy.