Plugging  a hole that has been around since its release in 2010, Twitter’s Windows Phone app now sports push notifications, bringing it in-line with the iOS and Android versions of the app.

Released as a free update on the Windows Phone Marketplace, the new app brings notifications for replies, direct messages and the rest of the usual suspects, removing the single biggest issue with the app to date and the one that most Windows Phone 7 users have argued shows Twitter’s lack of interest in the platform. 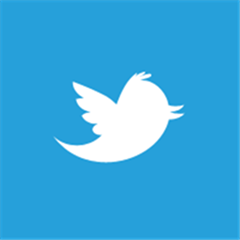 The biggest question left now is to ask why it took so long for the Windows Phone app to gain parity with its cousins on other platforms. Twitter itself would no doubt point to lower user numbers on Microsoft’s mobile operating system, and that much is a given. The issue of developers seeing Windows Phone as a third-class device though is potentially one of the reasons the platform is yet to truly find its feet. Less apps, or apps with missing features when compared to iOS and Android does not help the number of devices sold. 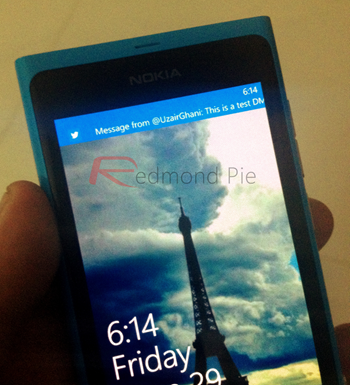 As for the app itself, we have received mixed reports of its ability to get those notifications to handsets. While some have reported that it works as intended, others have claimed that no amount of fiddling with settings will result in notifications being received by their phones. It is potentially a bug that can be ironed out with a change at Twitter’s end, or more worryingly it may be a device-specific issue that will need more investigation to fix. A few restarts of the phones in question may prove to be a cure, too, and we honestly don’t know either way just yet. If you’ve got a Windows Phone 7 device to hand and have updated the official Twitter app to the latest version then we would love to hear from you. Are notifications being received correctly?’

We are sure than any issues will be ironed out in due course, but considering it has taken so long for notifications to arrive at all, we won’t be holding our breath for a fix any time soon. That is, assuming there really is an issue to begin with!