Never the ones to miss a good game and movie tie-in, Hasbro has released its latest iOS, Android game on the App Store and Play Store, respectively.

Transformers: Age of Extinction is a game based on the movie of the same name and sees gamers take out those naughty Decepticons while playing as everyone’s favorite transforming transportation: the Autobots.

Free to download from the iTunes App Store and the Google Play Store, with in-app purchases and offered as a universal iPhone and iPad app, the new game is of the free-runner variety but still sees gamers have to work to progress by shooting and dodging their way through the game world. As free-runners go, this one is on the more challenging end of things. 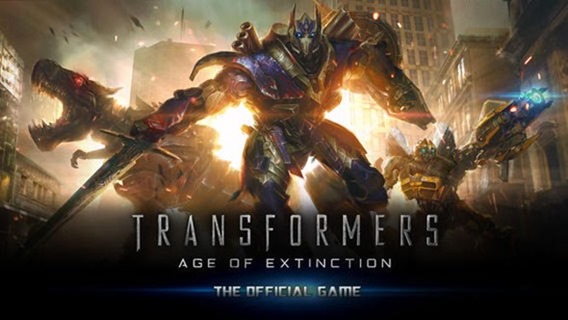 If free-runners have turned you off in the past, and they have us, then we suggest you still give this a shot. Especially if you’re a Transformers fan which, let’s be honest, you really should be!

• Experience the First Combat Runner – Take down DECEPTICON enemies as you run and gun in robot mode or drive and dash in vehicle mode.
• Gear Up and Roll Out! – Build a force to be reckoned with by upgrading your team of TRANSFORMERS characters to level up weapons, tech and abilities.
• Wreak Havoc with GRIMLOCK! – Destroy everything in your path with GRIMLOCK as you charge through obstacles and enemies alike.
• Jump Into a Hollywood Blockbuster – Experience thrilling Hollywood action with fast paced missions, destructive environments, and epic 3D effects.

The in-game upgrading of characters should also add an extra dimension to proceedings too, giving the game a little extra edge compared to other, more shallow free-runners that are already available to download and play. 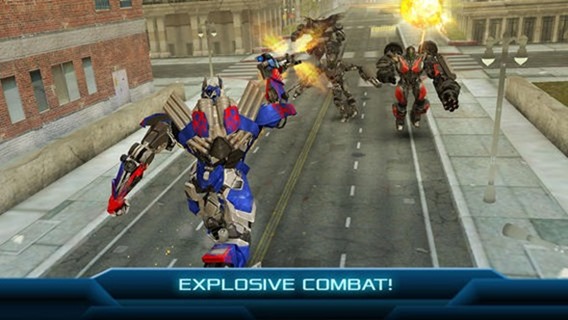 Transformers: Age of Extinction is available to download for free now, with in-app purchases available for those wanting to buy in-game credits with real, hard-earned cash. Because, you know. Money. 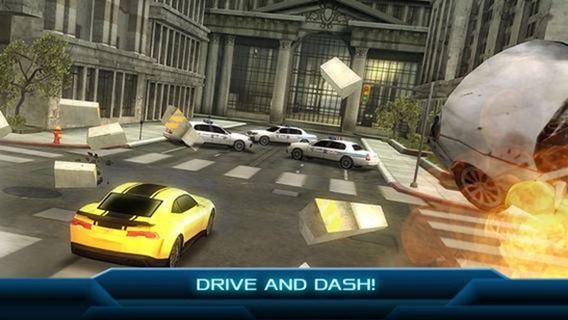 As for the movie, expect much noise, many explosions and a typically wooden Mark Wahlberg performance. And it doesn’t even have Megan Fox to make up for it! 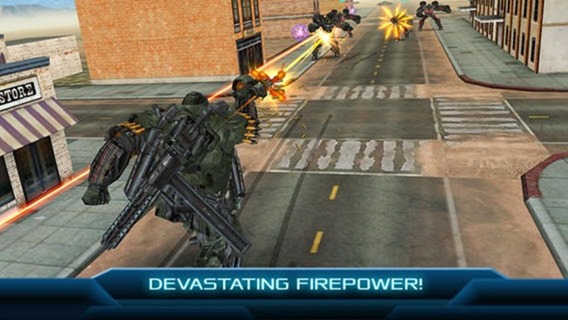