A new game has been released for the iPad and iPhone that ties right into the upcoming Total Recall movie remake. Set around the storyline you may be well versed in, the game weighs in at over 150MB and is available to download now.

If you’re as old as some of the Redmond Pie team, then you’ll remember the sci-fi epic Total Recall from the first time it was a big thing. Now though, with the remake set to hit cinemas game developer Jump Games has teamed up with Sony Pictures in order to bring the game of the movie to iOS. 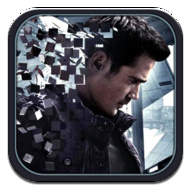 The year is 2048, and gamers will find themselves on the run from all manner of bad guys with little to no idea as to why. If you’ve seen the original film then you’ll obviously know the story inside and out, but if you’re new to the wonders of Total Recall then you’re in for a sci-fi moviegoing treat. That’s assuming the remake lives up to the original we all know and love.

The aptly names Total Recall Game is available as a universal app, with $0.99 getting you not just an iPhone game, but an iPad version, too. As far as entertainment goes, you can’t argue with that kind of value! 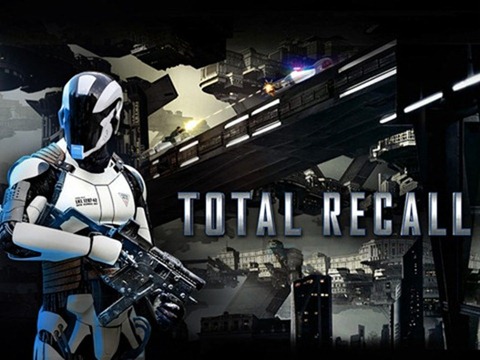 The game itself is a fast-paced first-person action shooter according to the App Store’s description of the game, with 3D environments and plenty of guns to keep gamers entertained throughout the game.

The negative? Despite the dollar asking price, the game’s developers have decided to add in-app purchases for those that want to take advantage of such things. Throughout Total Recall Game, in-game currency can be bought using real money via Apple’s in-app purchase system, something that young gamers may need supervising because of. We’ve all seen plenty of horror stories surrounding kids and their love of buying things in-game. 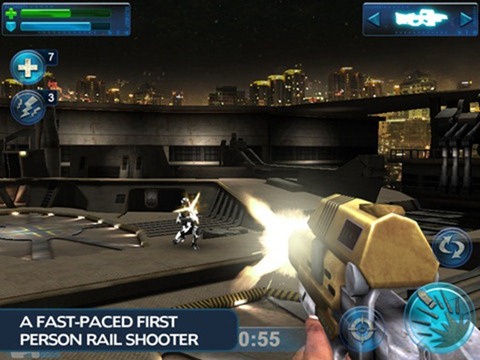 We have not been able to try the game out for ourselves just yet, but if the screen shots are anything to go by then Total Recall Game promises to be absolutely gorgeous at the very least. Let’s hope the gameplay lives up to the visuals.