Apple Watch owners could soon find themselves able to order a brand new Space Black Milanese Loop band, although it isn’t quite official, yet. Apple’s Czech, Portuguese, and Hungarian Apple Store websites briefly leaked the new band before promptly removing it from the available list of products. Apple has thus far provided no official statement on the new band, but it’s fairly safe to say that it’s coming. 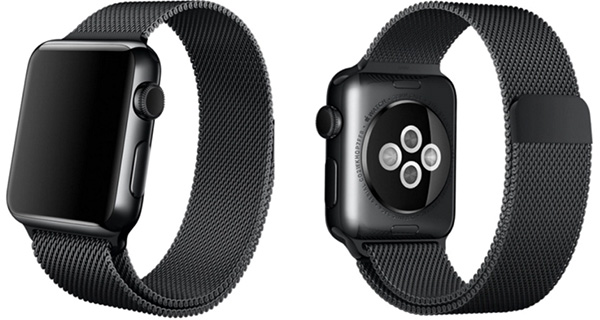 The temporary leak of the new Space Black band on the Apple Store websites as pointed out by 9To5Mac, clearly suggests that the company is readying the product for a public launch, unless someone made an error rendering an image. As we’ve seen in the past with Apple’s country-specific websites, sometimes those in charge jump the gun and make the product live before it was officially intended to be revealed. Rather than comment on the matter or release any statement about the happening, Apple chooses to simply remove the item from display and pretend like the whole episode never actually happened. This particular case is no different. 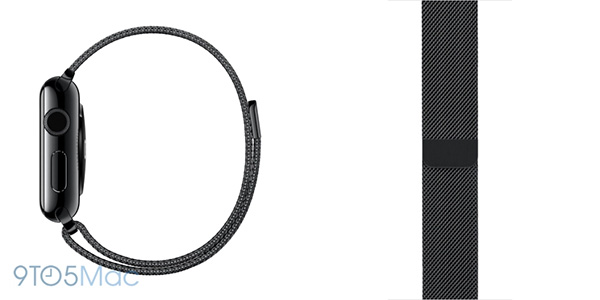 Additional intricate details about the Space Black Milanese Loop band are entirely unclear at the moment. It’s currently unknown if the band itself is intended purely to launch alongside the Apple Watch in the Czech territory solely after, or if it will be made available further afield to other countries around the world. The listing information that briefly appeared alongside the product didn’t provide any granular knowledge other than suggesting it could ship within the next week. There was no pricing information attached. 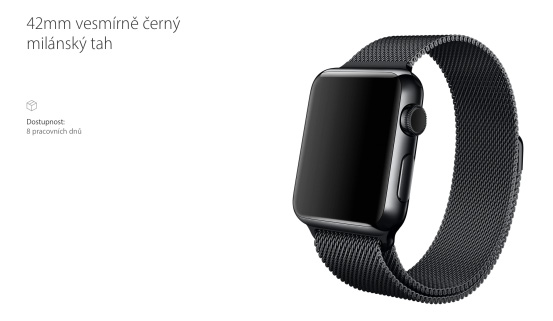 We will bring you more concrete information on this one as it becomes available.