As expected, Facebook has officially launched its first app for Apple’s tvOS-powered Apple TV and it is called Facebook Video.

This particular app has been expected for a while now after information leaked into the public domain suggesting that Facebook was indeed working on a video-based Apple TV experience. That app is now live with Apple TV owners able to view videos from friends’ posts, pages that they have liked, as well as those pieces of media deemed to be top live videos. 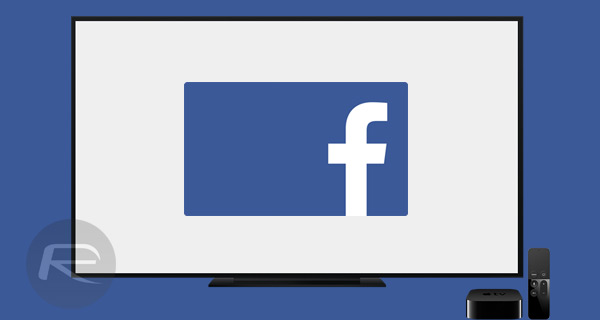 The app itself is visually contrasting to the usual Facebook experience as we’ve come to know, and that’s a very good thing considering it has been designed to promote an exceptional video viewing experience on the big screen via the Apple TV.

With that experience in mind, Facebook has broken the Facebook Video app into six main channels which allow you to find content to view. Those channels highlight videos which have been Shared by Friends, Recommended for You, deemed as being a Top Live Videos, Saved Videos, videos from accounts you’re Following, and those which have been Recently Watched. 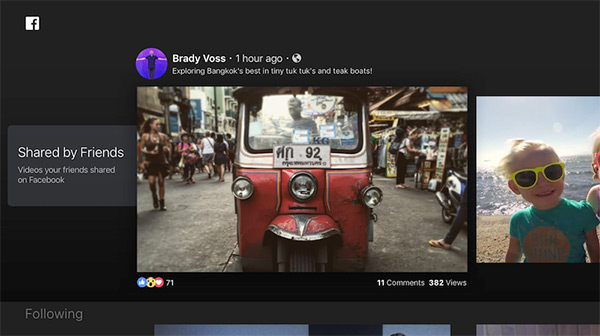 It also seems that this will be the beginning of a long journey for the Facebook Video app for Apple TV. In its current form, a Facebook account is required to use the app, and there appears to be no monetization in place whatsoever. However, it has also been said that Facebook is currently in the process of striking up partnerships in order to be able to license “premium” content for the new platform. As an example, the social-networking giant is reportedly in talks with MLB to live stream one baseball game a week.

What’s interesting is the fact that Facebook has actually added its new app as a new binary against the existing Facebook app for iOS. Rather than being an entirely new app for tvOS, Facebook Video is an extension of the existing iOS app designed for Apple TV installation. Those installing for Apple TV will get this new experience, whereas iPhone and iPad users will continue to get the usual Facebook app.