Microsoft has been somewhat coy with regards to Office 15, or Office 2013, but towards the end of its  Tech-Ed 2012 keynote, it gave a little more insight into the upcoming version of Office. Set to be called Microsoft Office: Office 2013 RT, it was demonstrated only very briefly, but did appear to serve to confirm the rife rumors that it will indeed be landing next year.

Earlier this week, a Metro-style Office logo leaked, which kicked off the speculation, and although there have been a few murmurs (based mainly on supposition as opposed to evidence), we don’t know – as yet – what else to expect from Office 2013.

A public beta was promised to arrive sometime this summer, and, depending on which reports you read, it could arrive as early as later this month, which would certainly be something to look forward to. With Windows users having just got their hands on the Release Preview of Windows 8, a beta of Office would certainly be a welcome and timely addition.

The Redmond-based company is expected to bring Office to Apple’s iPad as well as Android tablets later this year, a move which would certainly threaten the currently thriving competition on the market. There’s no word on exactly when the release will arrive, but I believe the majority of mobile device owners will be checking it out with much more than just a fleeting interest.

With the Metro version of Chrome teased by Google a few days ago, the Windows 8 train is gathering steam, and I, for one, cannot wait to see what Microsoft Office will look like once it has been Metrofied. Of course, Windows 8 is much more than just a pretty face, but I cannot help but believe that the way the Metro tiles behave, combined with the other slick features of the operating system, are the breath of fresh air the market – specifically, the mobile market – has needed amid the very similar Android and iOS. 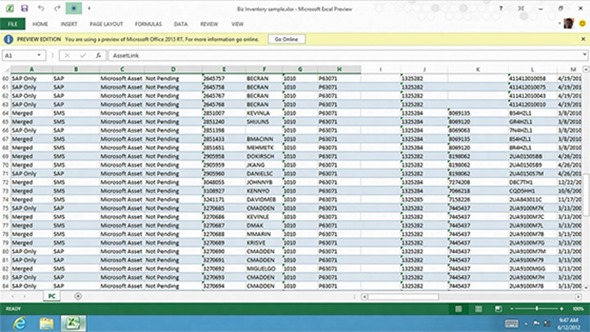 I have a suspicion the upcoming Office beta – given Microsoft’s recent pre-release builds of various software – will be a hit, and as you well know, we’ll have the details as they arrive at our desks here at Redmond Pie, so stay tuned!