Admit it or not, the UAC does tend to get on our nerves after some time. The rude blacking out to the prompt isn’t a pleasant view. Plus, it’s like a constant poking on your shoulder. I’ve had some Vista users say they don’t see the UAC prompt a lot while using Vista. Well, get real noobs, use Windows Vista more often then!

Norton labs launched a UAC tool some days ago. I gave it a try and I’m really stuck on it since then. It’s a small application that replaces the default UAC functionality in Vista, that just wont quit bugging us. This UAC tool replaces it along with a small check box at the bottom of the prompt, which can be used to make it always allow the application to run without prompting you. This is exactly what lots of people want with the UAC prompt and instead of Microsoft fixing it in an update, Norton has provided a solution. Checking the box and clicking Allow will make sure that the UAC prompt never alerts you for that application again. 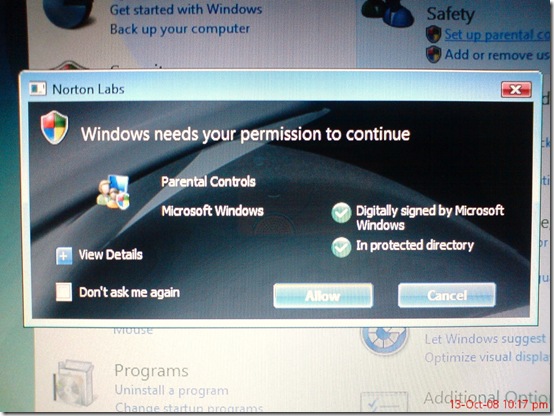 During the installation, you get an option for submission of usage information, which is gathered to create a white list of applications and various other metrics data. Norton says it’ll use that white list for their Live Update, so it’ll help users know about trusted apps. Although I hope they don’t include Live Update with the UAC tool. No crapware for me, please! 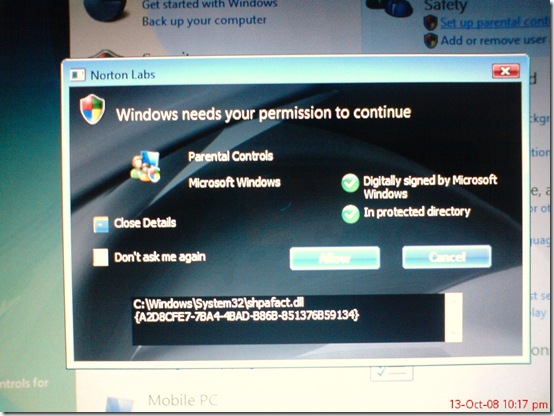 From the looks of the latest screenshots, it seems that Windows 7 wont have this kind of functionality either. It’ll stop nagging you, but that’ll come at the cost of insecurity. 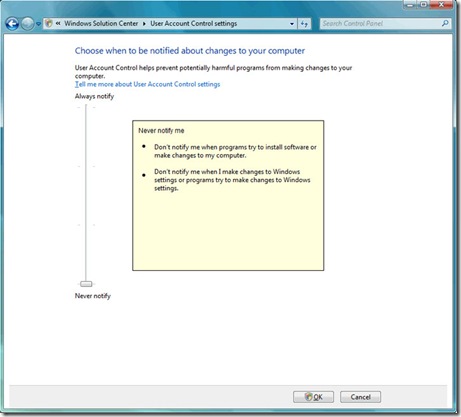