Nomad has just announced another extremely useful accessory that has been built purely with Apple’s iPhone in mind. The company’s new ‘Wallet for iPhone’ has the appearance of an everyday, premium looking wallet that should hold cards, cash, and other miscellaneous items that one chooses to carry within the foldable accessory. However, it has been designed and created with a little more than holding credit and debit cards in mind, thanks to its hidden and rechargeable lithium-ion battery that provides power on the go.

You’d be forgiven for thinking this is just another useful accessory that has been designed to mimic an everyday item with a battery slapped into it. You’d be wrong. The Nomad Wallet for iPhone is a little more sophisticated than that. The company has managed to integrate a 2,400 mAh lithium-ion battery cell in the hinge of the billfold wallet, which is a lot of juice in that tiny space. 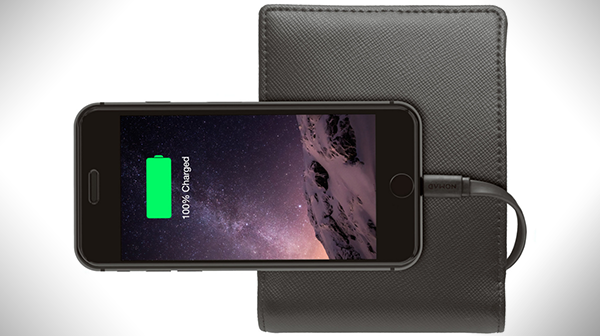 In order to do so, the company has taken the lithium-ion battery and its surrounding tech to the extreme, in order to make this accessory possible:

We went to the absolute extreme of lithium-ion battery tech and ultra compact circuit boards to make this an ultra high density battery system. We used an advanced SoC (system on chip) microprocessor and 01005 grade components which allow us to pack a huge 2,400mAh battery providing a full charge for your iPhone 6s. 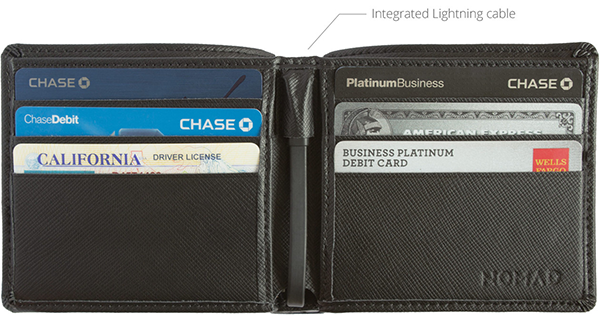 On first glance it seems unbelievable that the product could contain such a sophisticated power bank. The wallet is no thicker than an ordinary leather wallet that a lot of us carry around, and it even has the same level of capacity to house cards as most wallet offerings.

In fact, owing to its 25 x 85 x 125mm dimensions, Nomad actually claims the wallet is thinner than most other billfold wallets on the market. Owners of the ‘Wallet for iPhone’ can expect to be able to service an iPhone 6s with a full charge cycle thanks to the integrated Lightning cable that’s hidden away down the spine of the product. 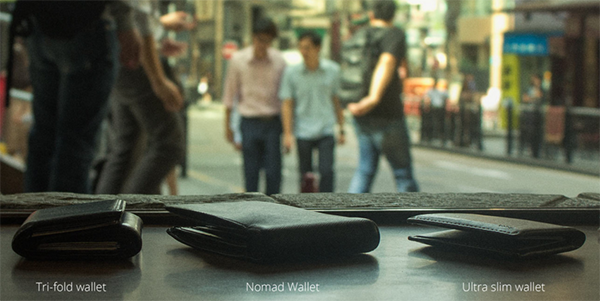 The wallet can be recharged via a microUSB cable when connected to a power source and can provide life to any iOS device that sports a Lightning connector. So that means your iPhone 5, iPhone 5s, iPhone 6, iPhone 6s Plus etc. are all covered. The product can be pre-ordered now from Nomad’s website with a pre-sale promotional price of $79.99. Shipping will begin on November 15, at which time the price will rise to the sea neared retail price of $99.99, with availability being expanded to Best Buy stores as well.