When the likes of Samsung announce a new top-of-the-line smartphone the world tends to sit up and take notice. With the Galaxy S5 being announced by that very same company earlier today at Barcelona’s Mobile World Congress, it’s fairly safe to say that it gets the attention of not just those that are likely to go out and buy one, but also of the companies that make handsets that compete directly against it.

So it’s with almost inevitability that the likes of HTC and Nokia were keeping a close eye on what Samsung brought to the table with the device it hopes will prove a worthy successor to a long line of Galaxy S phones that have sold ridiculously well. Unfortunately, rather than concentrate on their respective products while looking on from afar, both companies have rushed out to try and poke fun at what Samsung has announced. Unfortunately, both managed to come across as a little desperate instead. 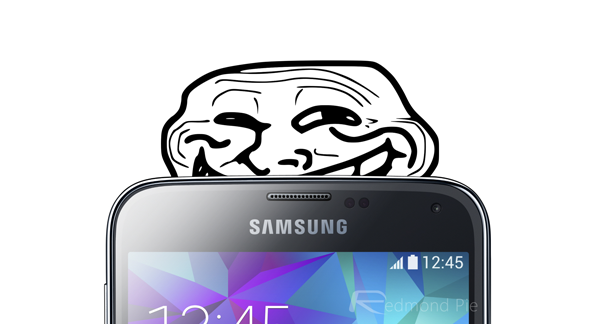 First up we have HTC, who felt compelled to post an image in which it suggests that there will be quite a lot of buyer’s remorse flying around once everyone sees what is coming out of the firm that brought us the well received and rarely bought One smartphone. We’ll reserve judgment on that ourselves – we’re quite the fans of HTC’s handsets here – but when it comes to sales figures we’re pretty confident which will sell most out of HTC and Samsung! 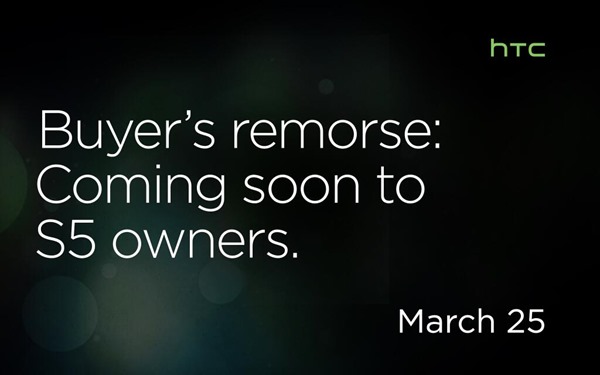 Nokia also took a big stick to the bear, that is Samsung, by suggesting that buyers stick out from the crowd by choosing something other than the Samsung option. Presumably they want people to go with their own multi-colored handsets instead. With people not exactly lining up to buy what are admittedly good smartphones from the new Microsoft acquisition, it might take more than a witty tweet to get Lumias into people’s pockets. 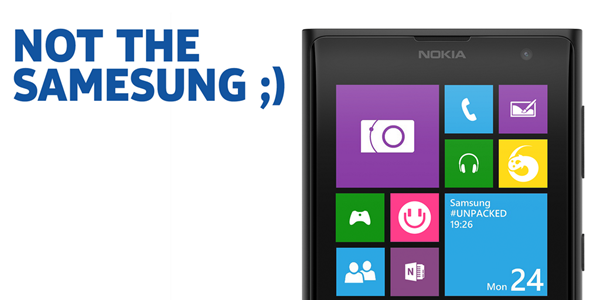 We doubt anyone at Samsung is too upset about the spate of Twitter-based mocking they’re in the midst of, after all, it’s year-end figures that count. And we know how that’s going to pan out already.

And oh, this isn’t the first time we’re seeing trolling like this. When Apple launched the iPhone 5s and 5c, the same thing happened.