Although it hasn’t been officially confirmed yet, it is widely expected that Google will make a number of hardware / software announcements at their Android event that is due to be held at the end of this month. We have already seen leaked information suggesting that we will be seeing a new Nexus smartphone, as well as an update to the Android operating system and a mysterious tablet that is currently only known by the internal Samsung codename of “Mantra“.

It seems like an extremely difficult task these days for any company to keep every announcement entirely under wraps, and if the emergence of a Samsung Nexus 10 user manual is anything to go by then it looks like Android fans can expect to see a 10-inch Samsung Nexus tablet unveiled as part of the event at The Big Apple. The images of the purported manual comes to us courtesy of a Korean based website, and although they don’t show any great or intricate details, they do give a clear indication that the October 29th event may have one little additional announcement for us. 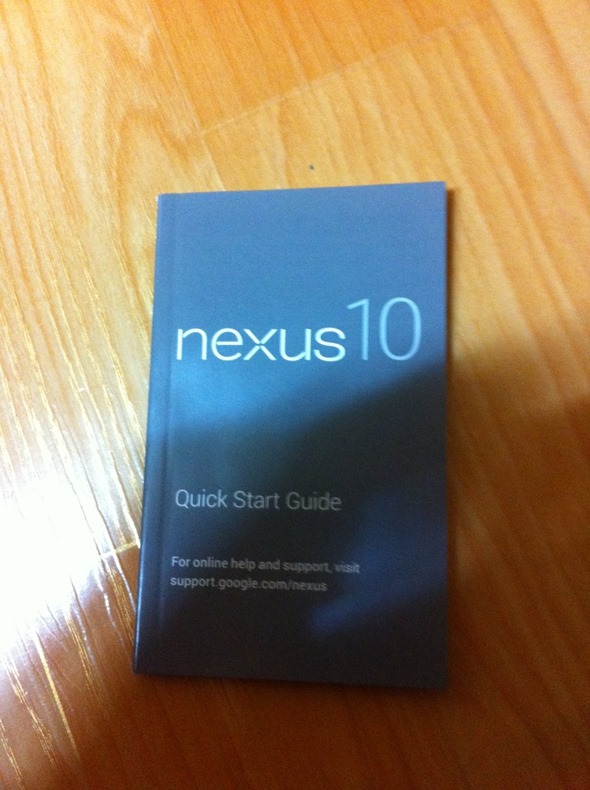 The Quick Start Guide is clearly labeled as being for a Nexus 10 device, and although the two pages that actually show information about the new product don’t go into any intricate details or show real life images of the slate, but from the images we can tell that the device looks remarkably similar to Samsung’s Galaxy Note 10.1. Rather than having the unobstructed rear that we have seen on the Nexus 7, this new tablet appears to have some kind of strip of material across the back of the device that houses the camera lens and flash.

The user manual doesn’t give away any sensitive information about the hardware, with the images depicting all of the things that we would expect to see on a tablet, such as a charging port at the bottom, micro HDMI and micro USB ports, a couple of speakers and a very standard 3.5mm headphone socket for earphones. Light sensors, a forward facing camera and a familiar lock switch finish off the hardware based information that is available from the manual. 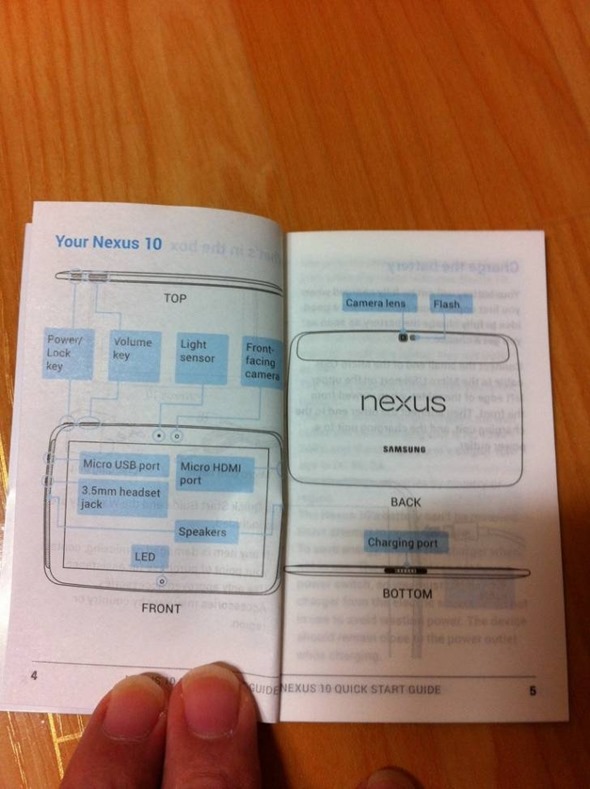 As is always the case with leaked information of this nature, it is almost impossible to determine the legitimacy of the material without actually having solid evidence of where the manual originated from. There is nothing that immediately springs out to suggest the book has been faked, but even if it is genuine, we will have to wait and see if Google makes an announcement of this nature during the event.