If you’re into your big, bolshy, animated Android launchers, you might be intrigued to learn that the GO Launcher Dev Team has been hard at work in building a home screen alternative to fit those exact criterion. The Next Launcher 3D, which offers interested parties a fully functional 36 hour trial via the Lite version, comes jam-packed with features, and is one of the most heavily customizable, fluid, and striking launchers we’ve ever seen here at Redmond Pie.

Launched back in March, the Next Launcher 3D has taken the Google Play Store by storm, and having just given this thing a run-out on my HTC One, it’s not too difficult to see why. As soon as you install it, you are met with an ensemble of different home screens, each one seemingly unique, but all of which can be made to look and function like another.

Everything is very three-dimensional (the clue is in the name), and although this is decidedly more over-the-top than something I would usually go for, I cannot deny that it looks absolutely sensational. Widgets, wallpapers, icons; everything can be altered to suit your preferences in a heartbeat, and in case you get stuck at any point, the immensely simple tutorial is on hand to spoon feed you through those early days. Check out the video for more:

If you want to go ahead and buy the Next Launcher 3D, it’s going to set you back $15.99, so it’s probably best that you give the Lite version a try first, thus ensuring that you actually like it before you go ahead and part with all that cash. For me, that’s quite a lot of money to be parting with, but considering you’re getting, to all intents and purposes, an all-new operating system, the cost shouldn’t be too much of a stepping stone if you’ve enjoyed the Lite version. 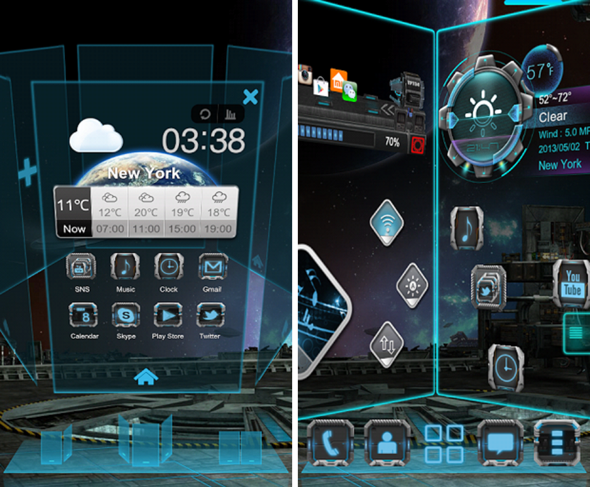 Direct links to both the Lite and paid variants can be found below, and if you do happen to give Next Launcher 3D a try, be sure to let us know what you think of it by dropping a comment below.

(Source: Next Launcher 3D Lite / Paid for Android on the Play Store)