A recently published patent filing latched onto by  AppleInsider suggests Apple has a plan up its sleeve to deal with the common problem of blurry and underexposed images. The patent outlines a system which would see an iOS device begin buffering a series of stills prior to the point when a user presses the capture button, after which it will automatically select the best one.

While many of Apple’s rivals have sought to enhance this common problem in the point-and-shoot experience on a smartphone, the Cupertino company has done very little to help those with a less than steady hand. Trying to take a snap only to find the final result is a blurry mess is very annoying, particularly when the still captured momentarily on the screen is usually perfect. 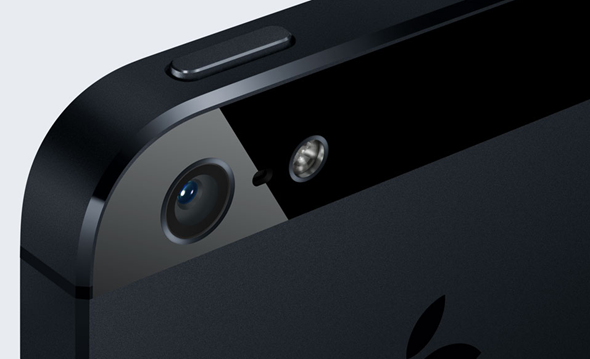 The iPhone’s camera is certainly among the best on the market, and the latest generation Apple smartphone even has improved low-lighting performance. With that said, much can still be done, and with this patent allowing the camera to start taking shots before the user hits the shutter release button, it can automatically compare it with the point when the button is pressed, and identify the best one from there. 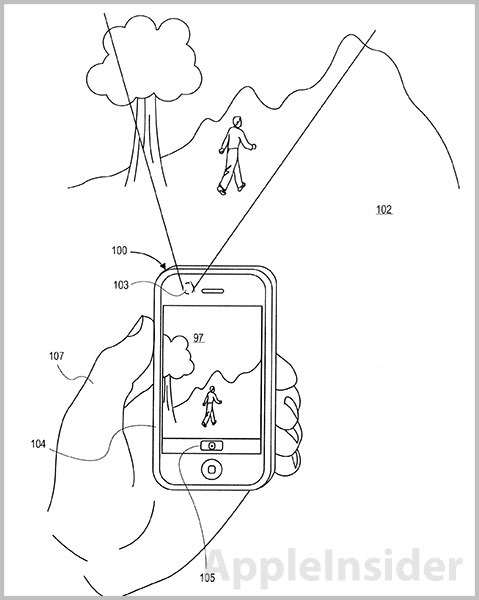 When pressing the shutter button, it is almost impossible to do so without moving the device itself, and that can be the difference between a perfect result and a comparatively terrible one. The patent goes on to describe the algorithm, consisting of a ‘scoring system’ which would determine which was the better photo by measuring contrast, image resolution, dynamic range and color rendering traits. Once the feature has worked its magic, the remaining shots are then deleted. Also, the process is automated, but there would be a chance for the user to intervene and confirm the elected photo as the very best. 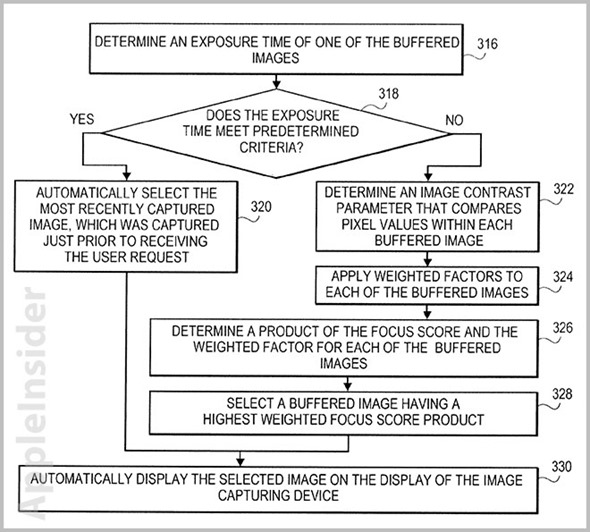 The patent was filed in October just passed, although references patents dating way back to 2009. It would certainly be welcome to see this kind of idea bundled with the camera app, particularly with the popularity of Instagram et al. With Jony Ive now at the helm of iOS development, once has to wonder whether the snapper is on his to-do list as he remorselessly rips the skeuomorphic design currently enveloping the mobile platform.