Around a decade ago, Nike introduced its ZVEZDOCHKA modular shoes designed by Marc Newson. The shoes which were apparently too futuristic back in 2004 were not released to consumers en masse, and it took Nike 10 years to do that. The ZVEZDOCHKA has finally been released and it eerily resembles the official iPhone 5c cases. Read more about it after the break.

Marc Newson is an unmistakable name in the world of industrial designing, and the prolific designer had just joined Jony Ive’s team at Apple back in September. Three months later, Nike went ahead and released the ZVEZDOCHKA, and with its perforated look and candy colors, there is the iPhone 5c case like magic going on as well. 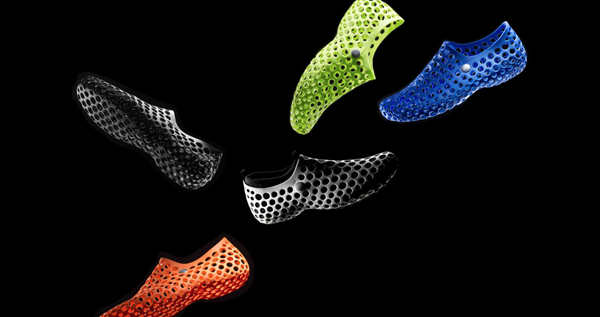 iPhone 5c’s cases by Apple were available in some very flashy colors, akin to the iPhone 5c itself, and some contrasting color combinations made for some very vibrant patterns on the back of the phone. But is this a coincidence? Maybe not. Newson in an interview remarked, that this “particular shoe has spawned a lot of other interesting concepts.” There’s a possibility that the iPhone 5c case was one of those ideas. 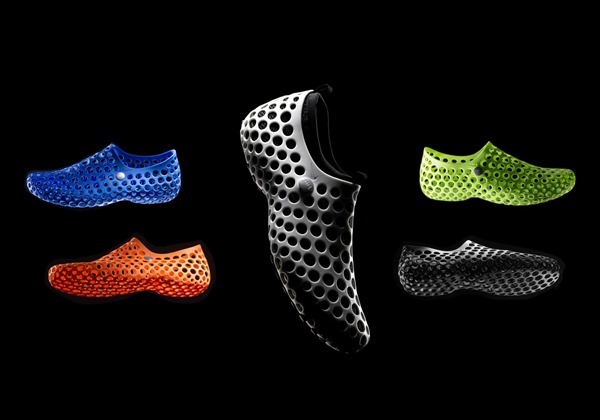 Nike ZVEZDOCHKA was released in very limited pairs earlier and that too with some limited color options. Ten years later however, the shoe has an interesting color pallet to offer and is a four-layer design as part of it being a modular wear. There’s a breathable cage, a flexible inner sleeve, and interior sock liner and a perforated outsole, an idea inspired by the footwear worn by astronauts, though ‘Zvezdochka’ was a dog. However, this dog was in orbit aboard the Sputnik 5 in 1961 so you can’t argue with that.

Nike ZVEZDOCHKA is set to go on release on the 29th of December, three days from now and will be available to order through the official Nike online store as well. These odd looking shoes will be available in limited numbers, however given earlier exclusivity, this tenth year release may see wider availability than before.

Nike had been selling the shoes at $300 before, and has not mentioned the retail price as of yet. Though it may be exorbitantly high this time around as well.

If you want to treat yourself with an year-end gift, then keep your eyes wide open for this one!