There’s a new feature in iOS 10.1 that lets you easily replay iMessage effects in Messages app on your iPhone, iPad or iPod touch device. Here’s how it works.

iOS 10 has been out for long enough now for a large percentage of users to get to grips with most of the new features within it, especially the revamped Messages app. In fact, Apple’s most recent “hello again” event informed us that more than 60% of compatible devices are actually running iOS 10, and are currently in the process of moving across to iOS 10.1. 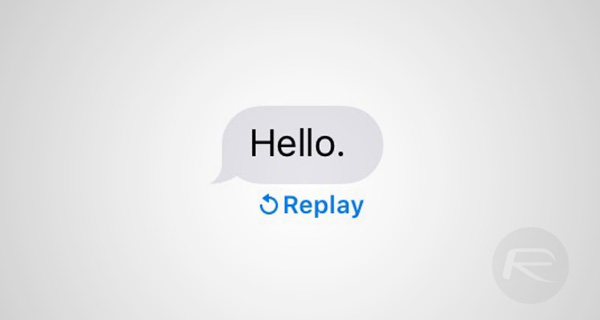 With the launch of iOS 10.1, Apple has integrated things like the fantastic Portrait mode for iPhone 7 Plus owners, as well as fixed many bugs and included a number of important security patches. As it transpires, Apple has also included a slight change to the Messages app that now includes the ability to “Replay” an incoming message that has been ladened with effects or animations.

This is definitely a great little addition that just adds to the iOS 10 proposition, and we’re going to take a quick look at how it can be used to replay a previously viewed message.

Step 1: You guessed it; before you can invoke any functionality that’s related to incoming messages, you are first going to need to launch the Messages app on iPhone or iPad proceeding to scroll through the conversation list until you find an iMessage thread that you know contains an incoming message that has a bubble or full-screen effect applied to it.

Step 2: In that conversation, scroll through the thread until you find that iMessage bubble with an effect applied to it. You’ll notice beneath the message is now a very handy little “Replay” button in blue. Simply tap this button to experience the effect in all its glory. 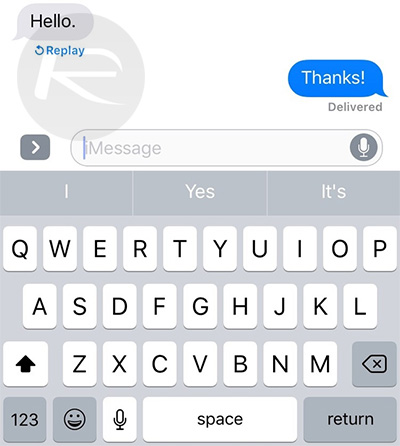 Messages with bubble or full-screen effects are definitely fun to play and interact with, but like an incoming Snap on Snapchat that’s only set to last a few seconds, if the message is a surprise and unexpected then you could definitely miss its full effect. Offering the ability to now easily replay the message with all of the effects applied appears to be Apple’s way of overcoming that potential user-experience flaw.