New Google Search Features: You Can Now Search By Voice And By Dragging & Dropping Images

Google announced a set of new features at its big search event, Inside Search, which took place today. The main ones are voice search on desktop computers (not just smartphones) and enhancements to Instant Search and Image Search. Without further ado, let’s get to to them! 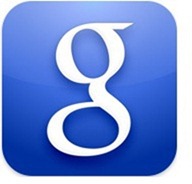 Voice Search arrives on the desktop

Google Voice Search, or essentially the ability to speak to your search engine, has been available in phones for years. Both the iPhone and Android have had native Apps that support that feature for a long time, and now the same capability is being made available to desktop users as well. Over the course of this week, users of Google’s English website will see a new microphone icon next to the search field: clicking on it will bring up Voice Search, like so:

The only caveat is the lack of support for any browser other than Chrome at the moment, although that will surely change.

Any Google user should be very familiar with Image Search. "Search by Image" does the opposite: you can now upload images straight to the search engine and Google will search through the image file and attempt to locate any similar images and return you the terms they’re associated with, as the company explained on a blog post:

If you click the camera, you can upload any picture or plug in an image URL from the web and ask Google to figure out what it is. Try it out when digging through old vacation photos and trying to identify landmarks

As a bonus, Google has released an extension for Chrome and Firefox that lets users identify any picture on the web by simply right-clicking.

This features helps cut load time of searches by downloading the likeliest result users are likely to pick in the background, before the user has the time to click them. Google hasn’t explained how the engine manages to predict which results are the most likely to get clicked on, the company insists it’s "been working for years to develop [its] relevance technology" That will allow the most common results to load instantly (in virtually zero seconds) when the user decides to load them:

This feature is now available on the latest developer build of Chrome, will be on this week’s beta build and will find its way onto the stable built pretty soon.

Although all major features introduced today are targeted at traditional computers, Google pointed out that mobile searches on its site have grown five-fold over the last three years and has now surpassed desktop searches: