The tirade of Android malware continues to appear, and although it’s been a quiet month of July for those who like to wreak havoc on our devices, a new outbreak is never too far away. The latest case in the continual Android malware debacle actually buys applications for you, and while that should be a positive thing, you’re the one footing the bill when the waiter arrives.

Named MMarketPay, it combines the old name for the Big G’s application portal (Android Market) with the rename (Google Play), and although it sounds innocent enough, it harbors sinister motives. The most recent in a long line of Android malicious software outbreaks doesn’t even require user permission to in order to download applications, which is a worrying sign in itself.

Too often, malware infiltrates a device and begins performing its own permissions without, well, permission and MMarketPay is no exception to the rule. It was first discovered floating around a number of Chinese app stores. Of course, you may wonder why an Android user would deviate from Google Play, given its inventory of several hundred thousand apps, but such is the open nature of Android in general, many users find themselves venturing beyond the official sanctuary.

Estimates suggest that the malware could have been downloaded as many as one hundred thousand times, which, although not particularly significant in the context of how many Android users there are, is still a cause for concern. Because it rather readily downloads apps without permission, it could simply be a matter of receiving a large credit card bill before you’re aware, and since it grabs said apps directly from China Mobile’s (one of the foremost Chinese carriers) app hub, it particularly harms the mobile network’s public relations. 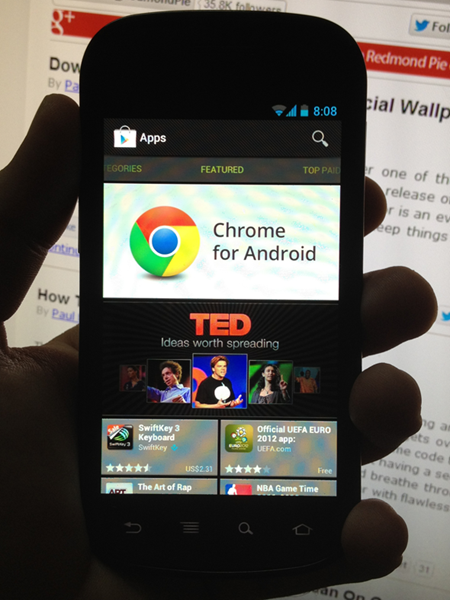 If you download your apps solely from the Google Play Store, you should be OK, but if you find a random bundle of Chinese-language apps on your home screen, you’ve plenty of cause for concern.

The carrier claims nearly two thirds of a billion users, which would account for nearly one tenth of the world’s population, to put things into a little more perspective. Even though this problem is harmful to China Mobile, it doesn’t bode well for Android, which has seen exponential growth in the malware stakes.