It sometimes really doesn’t matter how hard companies like Apple and Google try to make their devices and operating systems the best and most powerful on the market, users just occasionally want to try something a little different. As you would expect, devices running the Android operating system always ship with a built-in native music player app which allows playback of any track that is imported to the device. Unfortunately, native apps don’t always offer a one-size-fits-all solution, meaning people are often forced to look elsewhere.

If the default music player on Android isn’t really your cup of tea and doesn’t offer the power that is required, then thankfully, third-party developers will more than likely have you covered with their apps on the Google Play Store. One example of such an app is the NanoMusic player which bills itself as an extremely lightweight but powerful music player alternative. First and foremost, I guess the initial appeal of NanoMusic falls under the visual category with its simplistic but rather infant like interface, which is likely to appeal many. 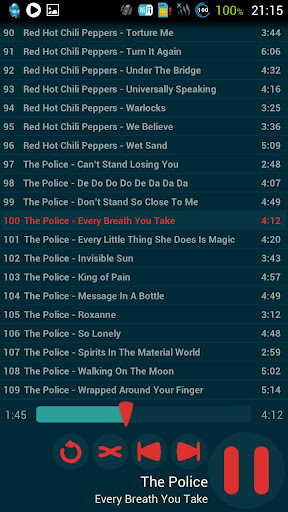 The claim of being a lightweight installation also rings true, with the app weighing in at a tiny 100KB in size and not even likely to make a dent on the internal storage space of devices which generally come with a minimum of 8GB of memory on board. Multiple file format support is an added bonus for the software, with users being able to import their favorite music in either MP3, OGG or FLAC format. Supporting these different file types is hardly earth shattering considering they are the standard expected formats, but it is nice to know that the compatibility does exist. 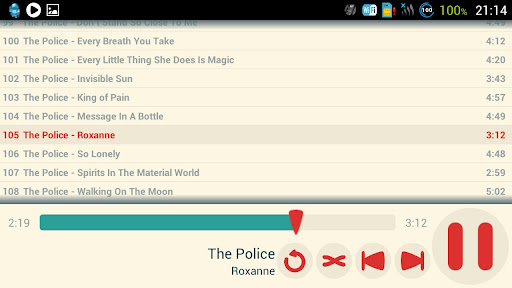 Interface orientation has also been included in NanoMusic, meaning it feels comfortable in both landscape and portrait mode without any loss of functionality. The app also comes with playlist functionality that is based around the concept of folders, with support that makes it easy to search for and locate any song within the list. All in all, the app offers all the basic features that you would expect from a music player without actually going above and beyond any sort of innovation. The user-interface is likely to be appealing to a certain set of Android users, but it could also be mistaken for lacking polish in certain areas. 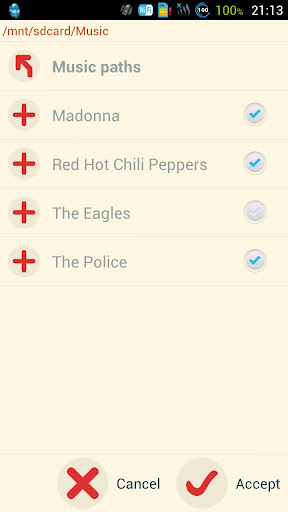