Developers who produce software for mobile smartphones and tablets are always looking to push the boundaries and are readily including the-next-big-technologies in their apps. In the past, we have seen apps reduced to  minimalistic works of beauty, decisions made to remove buttons and houses navigation handled entirely by user gestures, and more recently, we are starting to see the serious emergence of augmented reality in mobile applications.

A number of high profile apps already included augmented reality, which distorts the line between what the user is really witnessing and what the app is generating as part of the mobile experience. Augmented reality has a genuine use in a whole host of app genres, with Android developers Wazar choosing to implement the technology into their GeoCam Android app. The development team classify GeoCam as a geo-photo and video app which enhances the camera to provide additional information about the location and environment which the user is currently in. 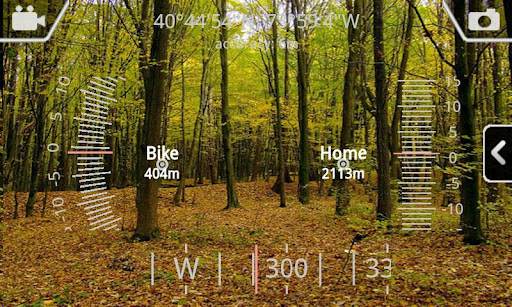 The GeoCam functionality is actually quite diverse and ranges from geocaching and geo-photos, all the way to using the app’s features to measure distances between objects that are visible through the camera lens. The geocaching functions of GeoCam allows a list of  points of interest to be inputted on the device so that overlaid information such as name and distance can be used when the device has no data connection. The concept of geo pictures and videos is also a great idea and allows images to be stored for viewing on Google Maps or Google Earth, thanks to the export feature and the geographical information that is stored on the image which is taken using the device’s camera. 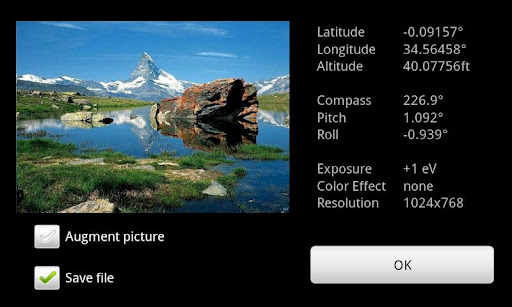 The app is available in both free and paid flavors, with the paid GeoCam version offering some additional and powerful features over the free version. First and foremost, all advertisements are removed with the addition of recording and playback of augmented video, as well as being able to export KMZ files directly to Google Earth. Augmented reality is definitely not a new inclusion in mobile apps, but apps such as GeoCam definitely pave the way for a more general adoption of the technology thanks to the polished implementation and experience it provides to users. 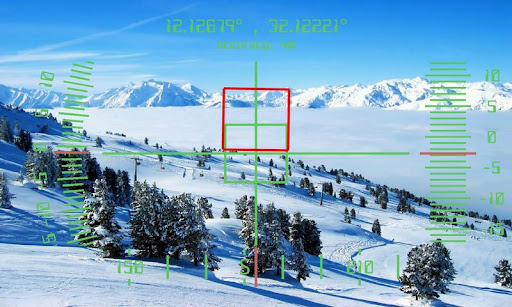