The impromptu release of an iOS 8 / 8.1 jailbreak by the Pangu team may have blindsided us all a couple of weeks back, but the relatively surprising nature of the untether hasn’t prevented prominent jailbreak developers from getting their apps, extensions and tweaks updated and ready for primetime. In the time that has followed since the launch of the Pangu8 untether, we’ve not only seen a number of updates to the actual jailbreak itself, but also a number of popular packages being refreshed with iOS 8 compatibility, the latest of which is Intelliborn’s premium MyWi extension coming in the form of a new iOS 8 based library.

MyWi 8.0, released with version number 8.00.01, is being offered by the Intelliborn team as a public beta via a direct download through the Cydia store. 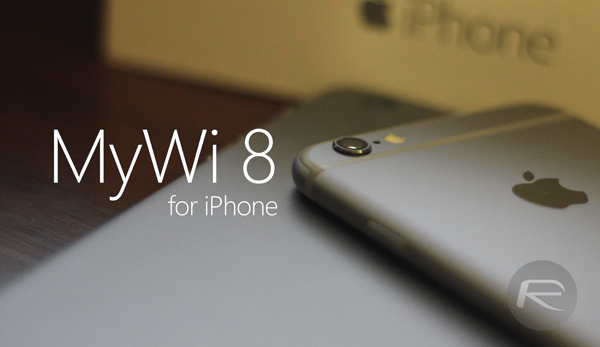 MyWi has long been considered the most powerful and feature complete tethering tool available for Apple devices running a liberated version of iOS. Of course, the introduction of simplified and easier tethering and hotspot connection within iOS 8 and OS X Yosemite has cast a shadow over whether a package like MyWi is needed, but that question is answered to the affirmative thanks to the plethora of advanced and powerful options it contains.

This latest update to the MyWi package not only brings with it support for iOS 8, but also offers visual and interface support for the larger screens of the iPhone 6 and 6 Plus. In addition, Intelliborn has highlighted a number of "known issues"relating to the performance and current limitations of the package. Bluetooth / OnDemand tethering  has not yet been enabled on this particular build, and there is also an issue with the Instant Hotspot feature within. From a visual perspective, users will need to wait for an official update to libstatus before status bar icons can be displayed correctly on iOS 8 / 8.1.

Anyone downloading and getting involved in the latest version of MyWi on a recently jailbroken iOS 8 / 8.1 device should be aware that the package does contain some issues that are being ironed out. Still, it’s mighty generous of Intelliborn to let us use it while they are working on it, right? And also, if you’ve already bought MyWi 6 / 7 then you don’t need to pay any upgrade fee, and if you want to buy fresh, then tweak will cost you $19.99.

iOS 8 and OS X may offer easy tethering functionality but something tells us that features such as being able to monitor tethering battery usage and view sent and received data statistics will make MyWi an attractive prospect for those who are jailbroken.