MuscleNerd is one of the most prominent members of the jailbreak community, and his vast knowledge has helped the iPhone Dev Team continue to update and improve its Redsn0w utility in the progressive cat and mouse battle. Apart from jailbreaking, MuscleNerd and other Dev Team members continue to dabble in the unlocking game as well, and with the Cupertino’s sought-after device mostly sold subsidized – i.e. locked under a contractual agreement with a carrier – there are plenty of iPhone users on the lookout for an unlock.

MuscleNerd – like most devs in and around the Cydia fray – does most of his communication via the wonderful world of Twitter, but in anticipation for the HITB Security Conference, or HITBSecConf, he has produced a pretty lengthy, detailed presentation on the history and evolution of baseband unlocks during the course of the last few years. 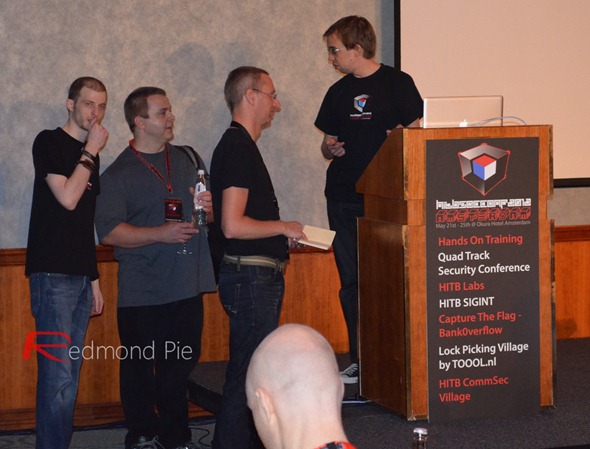 HITBSecConf2012 Amsterdam – MuscleNerd of iPhone Dev Team can be seen second from left.

Often, those seeking a jailbreak and unlock approach those behind them with a self-righteous attitude, as if they have a right to an unlocked or jailbroken iPhone; but contrary to that rather inconsiderate notion, a great deal of time and effort on the part of MuscleNerd et al goes into freeing devices from their shackled state of stock.

While the presentation uses a lot of technical jargon, it’s still an interesting read, and MuscleNerd talks first about the general baseband environment before offering a history on how the unlocks have been achieved.

The ultrasn0w software, which seems like light-years ago (aside for those who’ve preserved old basebands), was only the beginning of the game, and MuscleNerd describes how the tool was used to unlock devices back in the iPhone’s relative infancy right up to the iPhone 4. 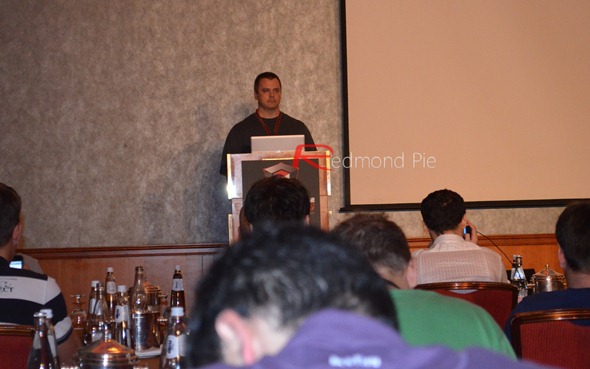 As well as Ultrasn0w, he also talks about the more recent discoveries – including the SAM unlock which took everybody by surprise with its ability to unlock any jailbroken device – as well as the SIM interposer unlocks achieved through the likes of GEVEY. 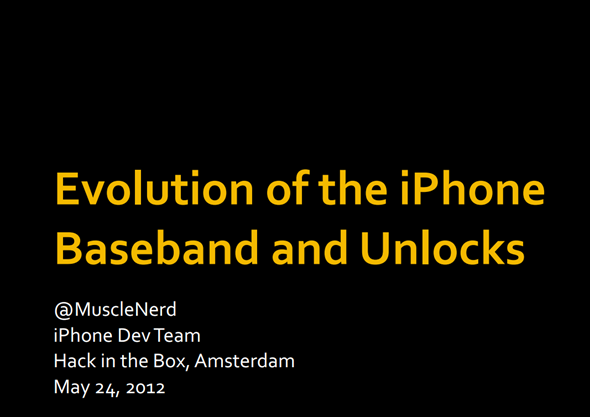 It’s a really interesting read – particularly if you’re interested in finding out how iOS unlocks are achieved. To end on a high note, he also concluded that the iPhone 4 and 4S aren’t brickable by baseband, so the days of tampering with software – only to end up with a rather expensive door-stop – look to be behind us.