There may be absolutely no Christmas or seasonal theme to the latest Grand Theft Auto creation, but for those hardcore fans out there who are literally about to burst with excitement over the fifth major iteration of the game, then there is simply no better Christmas present then getting the chance to peek at a few new high-resolution screenshots that show just how epic Grand Theft Auto V looks. While we were visiting family members and polishing off the stuffed turkey, it seems that Rockstar was hard at work pulling together some press images to show the world what to expect from GTA V.

The five newly released screenshots don’t give away much about the game other than the graphics and environment, visuals look out-of-this-world stunning, but they do paint an interesting picture of some of the things we can expect to see as part of the game. The three angry looking Mafioso types are nothing new to a Grand Theft Auto game, but it also seems that we will be witnessing a pink-collar wearing dog riding in a convertible vehicle as well as the inclusion of some underwater predators that will make crashing into the sea a lot more epic. 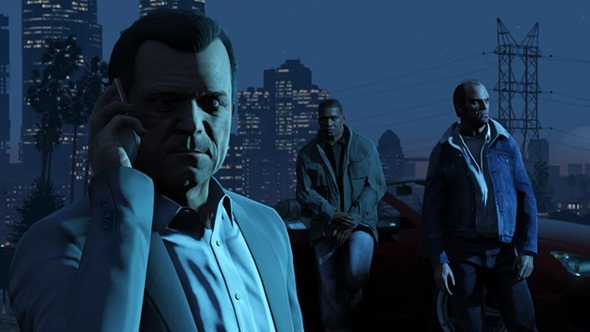 The newly released screenshots also show that gamers can expect to take to the skies for at least a few missions as well as having to enter into the aforementioned sea in some form of underwater half-submarine type contraption that we can only hope will protect our character from the rather large sharks that are coded into the game. They may not show a great deal about the game but they certainly manage to raise our excitement levels just that little bit higher. 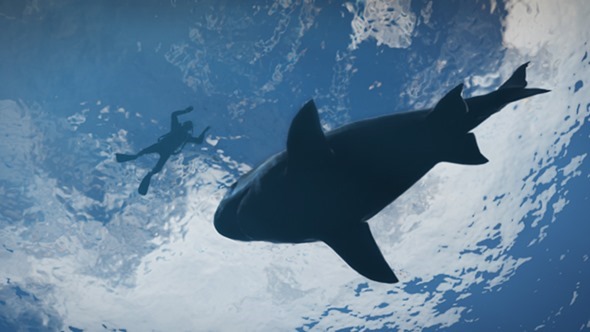 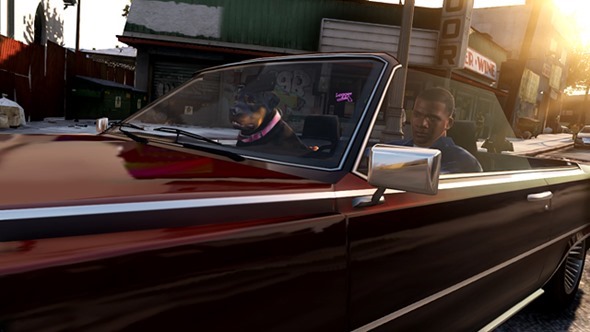 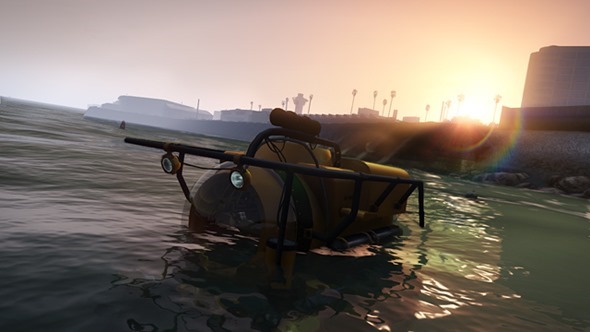 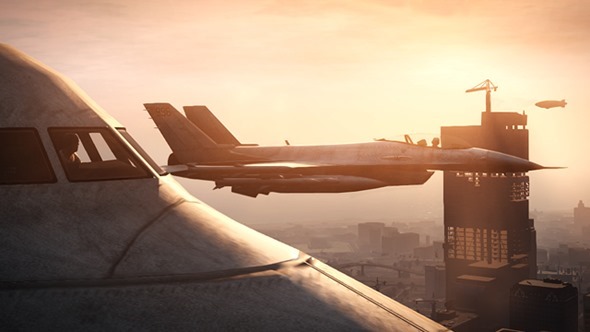 As we move into the new year, we expect too see more screenshots coming out at a more frequent rate from the game developers, especially as they aim to ramp up excitement about the game that they are planning on officially introducing to the world in May 2013. Excitement levels already seem to be at an unprecedented levels, considering we have only seen a handful of official images released to date, but it’s more than likely that Rockstar will be fuelling that excitement with a number of additional promotional releases in the coming months including some all-action gameplay trailers that show the main protagonists in action.