We probably all expected that a lot of individuals would be receiving some type of 7 or 10-inch tablet as their main festive gift this year, but there has been a lot of talk about whether or not the iPad would continue to reign as the most popular tablet or whether the competition would gather traction in the market as part of the Christmas shopping rush. It may not go down in history as one of the most scientific polls ever, but a collection of ‘first tweets’ gathered from Twitter show that the iPad remains the most popular tablet out there – at least for those who have a Twitter account and took the time to send out a tweet announcing their device.

A discovered graphics pits the Apple iPad, Microsoft Surface, Kindle Fire and Google Nexus 7 against one another to find out exactly who received what device under the tree, and to gauge exactly which tablet has proved itself as the most popular gift this year. Considering there is no official source for the data that is portrayed by the graphic, we can only assume that it has been put together by someone scouring through Twitter for keywords to amuse their own curiosity, but without any reason to doubt the legitimacy of the numbers, it seems that the iPad has come out on top as the gift to delight us this year. 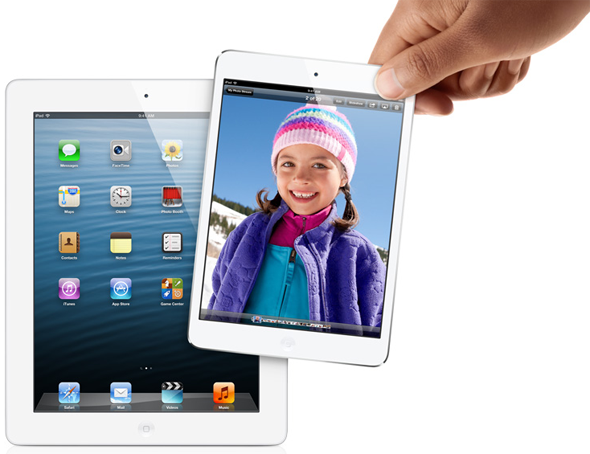 Out of the information that the user managed to collate from public tweets, it seems that only 36 of those 140 character messages were sent from Microsoft’s gorgeous Surface tablet. 100 tweets were gathered on the network with the Google Nexus 7 showing as the source, with a 250 coming from Amazon’s Kindle Fire. The tweets coming from an iPad were significantly higher, with 1795 messages traced on Twitter from delighted iPad owning recipients. 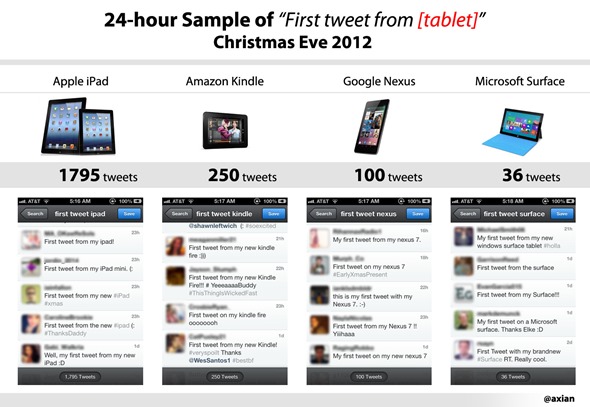 This little collation of information obviously doesn’t take into account whether or not the tweeting tablet is their only tablet type device or whether they already own one of the other devices listed. It obviously isn’t a reflection of the overall number of tablet devices purchased over the holiday period and only reflects those who operate a Twitter account and took the time to actually tweet about their new hardware. However, with that said, it does give a fairly good insight into a certain subsection of users and it would seem that Apple once again have something to be smug about in the tablet war.