More Details Emerge Regarding The Next iPhone, iPad Mini, A Refreshed iPad And iPod touch

The last few days have provided us with not only intense speculation surrounding the possible launch dates of Apple’s next-generation iPhone but also a possible scheduling for the announcement and release of a new smaller and more lightweight iPad Mini. The iPad Mini has been a long speculated product but with no real concrete details being known, it has just been put down to conjecture until this morning when a possible release date emerged.

This morning’s speculation regarding Apple’s new hardware plans are certainly not looking like they are going to die off any time soon, and in fact, it was just a while back when we reported that multiple sources have confirmed that Apple is holding a media event on September 12 to announce the new iPhone. Whenever we hear speculation like this there are always others who seem to pop in to slide their ten cents in, with this time being no different. According to new reports this evening, Apple could be planning on huge media event where they introduce a whole host of new things to the world.

It has widely been reported that the next-generation iPhone will follow last year’s launch pattern and will make its way into the public eye at the beginning of October. However, if the technology world murmurings are anything to go by then it could possibly be available for us to get on our hands in the middle of September. It is also being said that Apple will push out two new in-house cases to compliment the new iPhone, one of which will follow the current form-factor of their Bumper case with the second possibly doubling up as a smartphone stand.

Rather interestingly, the same report is also suggesting that the same release date could see a refresh for the iPod music players with a new iPod touch and nano hitting the stores. The iPod touch will likely have the exact same screen resolution as the new iPhone with the possibility the nano could be revamped a little to feature a larger outer case. The launch of the new iPhone in September would be fantastic news, and two new iPod devices would be a welcome addition for the music lovers out there, but it’s the possibly the iPad Mini that has some of us salivating.

The rumors are suggesting that the Cupertino company will attempt to monopolize the holiday season market with the release of the new smaller tablet in late November with a range of mini smart cases and covers. The iPad Mini rumors just won’t seem to go away, and considering it is very rare that we have smoke without fire, we should definitely be keeping our eyes peeled for a new kid on the block come the turn of the year. 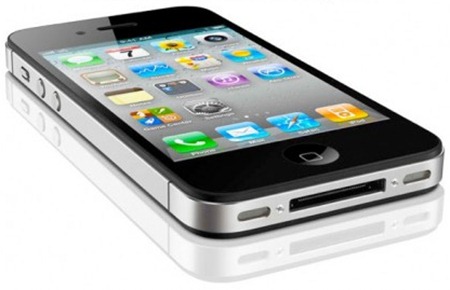 Whether Tim Cook and his team decide to go all out and introduce us to everything all in one go remains to be seen. In fact, the next month or so will be extremely interesting just to see which of this speculation actually turns into reality. The new iPhone in September along with an iPad Mini seems feasible, but the reports of a new iPad being released with a thinner form factor less than a year after the current release seem a bit unlikely. Time will tell.