Does that iPad Air just not cut it for you? Do you really, and we mean really need more power than an iPad can afford or simply need to use so-called real apps? Is money no object in the pursuit of something that Apple is unwilling to offer?

If that’s the case, then you’re no doubt already familiar with Modbook. That’s the company that will take an unsuspecting MacBook Pro and then turn it into the tablet that most expected the original iPad to turn out to be. If you’re not convinced by iOS apps, or just need huge amounts of processing power – beyond what even Apple’s latest iPad chips can offer – then the folks at Modbook are the ones that have you covered. 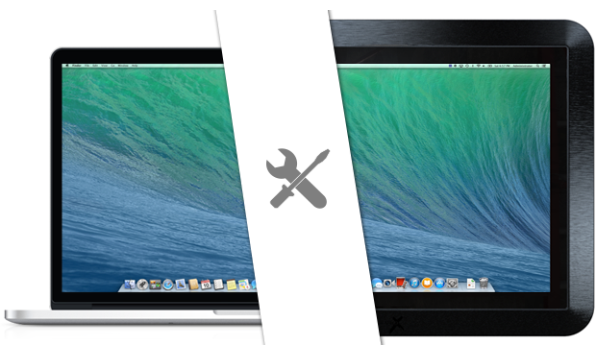 Already very well known for their craft, Modbook has now started a Kickstarter project that will see them convert existing Retina MacBook Pros into what the company is calling the Modbook Pro X. It’s not cheap though, because it’ll set you back a cool $1,999.

That’s a rather steep price, but when you factor in that Modbook mods your existing MacBook Pro, the price seems even steeper. Of course, the company will provide all the hardware for you should you not own a Retina MacBook Pro already, but then the price at least doubles, depending on what specification you need. 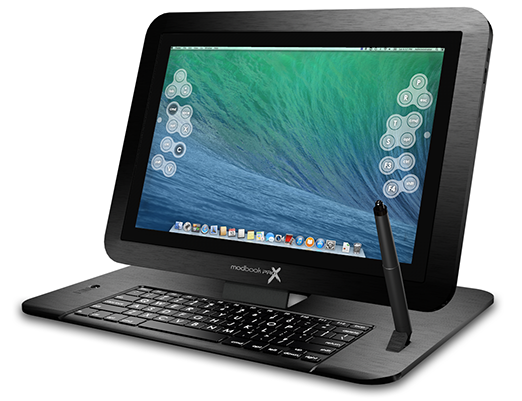 The Modbook Pro X, once complete, will re-house the Retina MacBook Pro’s internals, placing them behind that 5.4-inch 2,880 x 1,800-pixel LCD rather than below it. Input is taken care of by a stylus, much to Apple’s undoubted chagrin, and you can use an external keyboard too though that will cost yet more dough.

We’re quite happy with our iPads as they stand, and we’re not entirely sure who spends the money on turning a notebook into a tablet anyway, but obviously enough people do want such a thing otherwise Modbook wouldn’t exist.

It’s a great technological feat, but we’re still scared by that price unfortunately. Oh, and the loss of any Apple warranty your Retina MacBook Pro has.