Microsoft’s Scroogled Merchandise Is Now Available To Buy, In Case You Want It

Microsoft’s "Scroogled" campaign, a series of ads that takes on Google’s products and services regarding policies and privacy, has been running for around a year now, and today, the company has taken things up a notch or two by making Scroogled memorabilia available over at the the Microsoft Store. Ranging from mugs to items of clothing bearing the Scroogled mantra, it seems that the software maker’s smear campaign is far from over, and if you happen to be an advocate of the movement, now you can even have yourself a (lousy) t-shirt.

Opinion has been divided as to whether Scroogled has had much of an effect not only on raising awareness about privacy issues, but helping Microsoft to clinch some of Google’s market share in the process. Search, for example, is one area in which the Windows maker has sought to gain, and in pointing out some of the Big G’s inconsistencies with some of its policies and such, Microsoft’s own Bing has continued to post record market share. Guess the Scroogled campaign – which, by the way, Microsoft is reported to have spent at least seven figures on – is working, right? 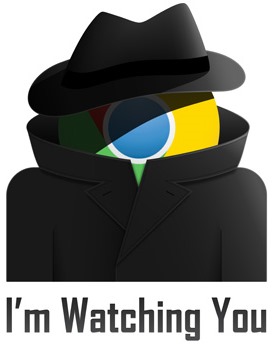 Well, not exactly. Microsoft’s gains in the field of search appear to have been at the expense of others (mainly Yahoo), since Google has actually been making some small, but still noteworthy gains of its own. Similarly, Scroogled has pointed ad nauseam at Google’s, or specifically Gmail’s scanning of all correspondence for the purpose of ads, but has this seen a flurry of users on Gmail pack their bags and head off to Outlook.com? The jury on this one, is most certainly out. 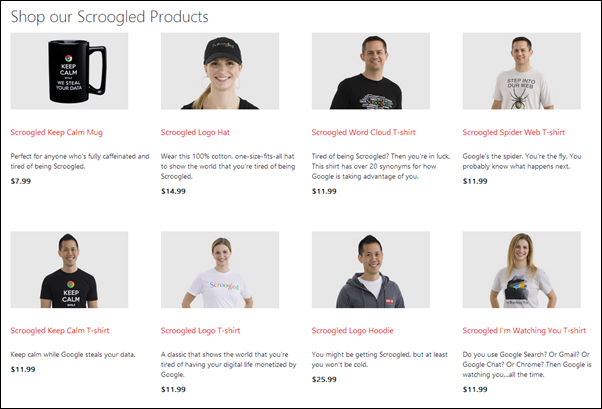 Besides the debate on whether this particular effort is working for Microsoft or not, some feel it is in bad taste, particularly given that both they and Google are two of the largest and most influential companies in modern tech space. Nevertheless, there’s not going to be any respite for Google just now, and if you wish to get involved and show your support to the Scroogled movement, head over to the Microsoft Store link below.

Let us know what you bought, provided that you actually bought something. Strong emphasis on actually right there.