After what has seemed like a good couple of years of waiting by the sidelines and hoping consumers would buy into its Windows Phone ecosystem, Microsoft appears to be taking a much more proactive role in helping draft in new users. Having recently launched an iPad trade-in promotion offering two hundred bucks for your old iPad, the Redmond outfit has decided to run something similar for those wielding an iPhone. By heading over to your local Microsoft Store, the company will give you $200 credit towards a new device if you decide to get rid of your old iPhone 4s or 5, and with quite a few new entries to the Windows Phone range during the past few months, it could be an attractive proposition to a potential upgrader.

More often than not, companies seem willing to take a bit of a hit at the point-of-sale in order to introduce customers to a new ecosystem. Thereafter, the buyer will spend countless dollars on apps and games, and the more money they happen to part with, the more likely it is that they’ll retain some kind of loyalty and stick with the same software next time around. 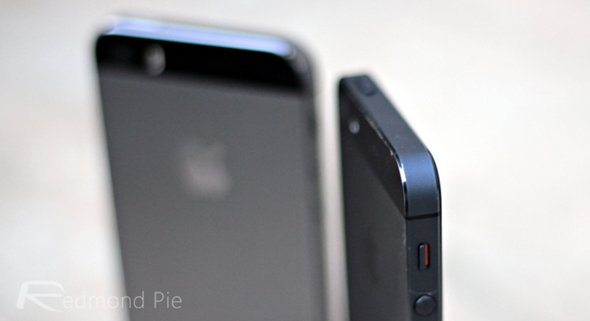 Although Windows Phone has drawn praise from far and wide for its intuitive, aesthetically pleasing interface – Apple co-founder Steve Wozniak even went as far as to describe it as “beautiful” – adoption rates have cut a rather depressing figure up against the likes of Android and iOS, and with BlackBerry’s recent push for relevance having hit a bit of a brick wall, Microsoft knows it must make moves now for fear of being swamped out of contention.

Promotions such as these are a necessary step in, at very least, getting folks to visit the company’s brick-and-mortar stores, and if you’ve had your eye on a Windows Phone, this special trade-in offer will allow you to save a bit of money off your purchase. Of course, you could well go ahead and sell your iPhone for perhaps even more money, but with a trade-in, there’s always going to be less hassle, and you can have your new handset on the same day.

It will run through November 3rd, so if you’re waiting for the next major announcements – including the 6-inch Lumia phablet rumored to be arriving – then you can still take advantage of the offer.