Microsoft Shows Off ‘Windows in the Car’, A Direct Competitor To Apple’s CarPlay [VIDEO]

If yesterday’s technology war was fought in our pockets via smartphones, it looks increasingly likely that tomorrow’s will take place on the road after Microsoft demoed its ‘Windows in the Car’ technology at the Build developer conference.

Hot on the heels of Apple’s CarPlay, Microsoft’s effort is decidedly similar to that of the iPhone maker. Windows in the Car follows the same approach in that it will allow users of Windows Phone devices to take over a car’s built-in entertainment and navigation systems using the Mirrorlink standard, with all input duties then taken over by a large touch screen built into the car’s dashboard. 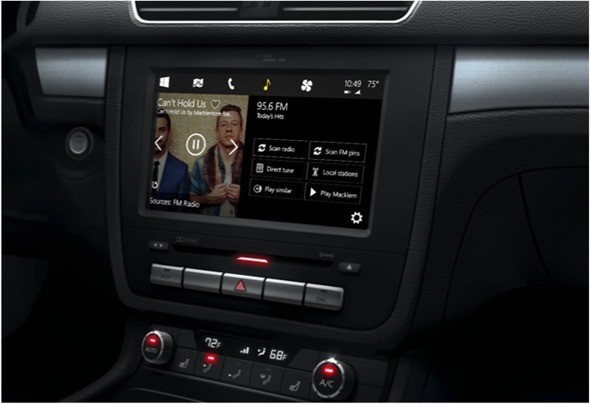 Windows in the Car’s Start page offers useful information to the driver, with things like current speed limits being displayed to aid those with lead in their feet, and large tiles making it easy for drivers to correctly stab at the app that they want to open. A search feature as well as displays  for the time, temperature and battery level are also prominent. Easy access to the most-used services is possible thanks to the ability to pin them to the home page, too. 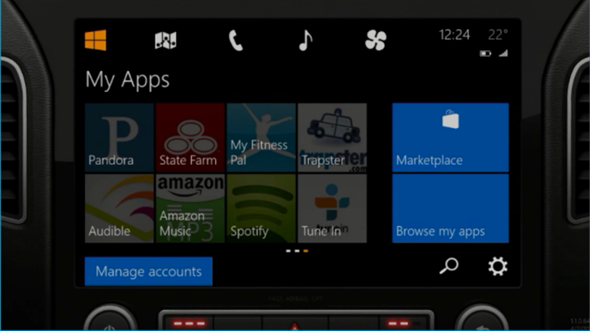 Anyone who has seen what Apple is doing with CarPlay will be immediately at home with Windows in the Car, though that’s not to say that Microsoft has lifted Apple’s implementation at all. The whole thing has a distinctly Windows-y feel to it, and if we’re honest we’d probably say that we prefer how Microsoft’s effort looks when compared to the offering that hails from Cupertino. 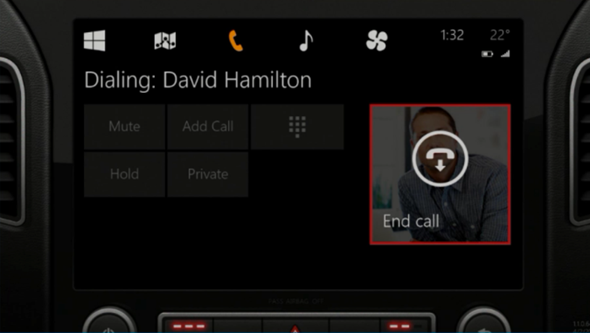 It’s still early days for Windows in the Car as it is more of a concept right now. It took Apple a long, long time to get its CarPlay ready to be shown off to the public. Time will tell whether Microsoft can get its in-car entertainment and navigation system up and running more quickly, but if the embedded video is anything to go by, things are certainly looking promising already.