Microsoft Releases 11 Brand New Themes For Windows 8 And 8.1, Download Them All Here

Microsoft’s Windows 8.1 release has been held in much higher regard than the preceding Windows 8, largely due to the fact that it plays more nicely with those rocking a more traditional keyboard-and-mouse rig. Despite the reservations that some users have in relation to functionality and ease-of-use, though, the user interface has seldom offended, and today, the software giant has added 11 new themes to its flagship OS.

These backdrops offer some quite stunning visuals, outlining the beauty found in much of Europe as well as other parts of the world, such as Australia. 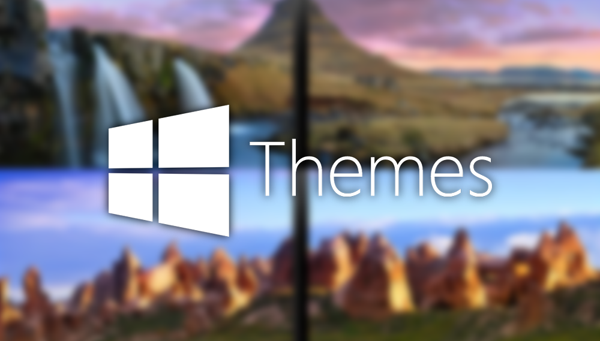 The themes are optimized for those using Windows 8 or Windows 8.1-based devices, but with a wide selection of wallpapers, you’ll have little trouble firing them up on any PC.

Our favorite theme, which is entitled ‘Panoramas of Europe’ does exactly what it says on the tin, bundling a sum total of 21 scintillating images that are extra-wide for those using multiple displays. Within the pack, you’ll find vies of nations across Europe including the United Kingdom, Holland and Italy, with a whole host of others just waiting to be discovered.

If you’re not in the mood for an aerial tour of the great nations of Europe, you could always check out the Rock Formations, which, as you might imagine, offers a glimpse at some of the world’s best and rockiest sights.

Even though some have pointed to the Instagram Age has having a detrimental effect on the value of photography, shots such as those found within these theme packs offer a firm reminder that this simply isn’t the case. Sure, sharing a square image laden in filters is a bit of an imitation effort compared with the more advanced quarters of this much-loved field, but as Microsoft has demonstrated here, images continue to inspire and leave us in awe.

So, whether you’re looking to freshen up the UI of your Windows 8 / Windows 8.1 device or simply like the look of some of these wallpapers, getting hold of the new themes is pretty darned easy. Simply download them from the links which we’ve embedded below.

The complete list of themes is as follows, which includes themes which have been recently updated with new wallpapers:

Which one is your favorite? Have fun customizing, and be sure to leave your thoughts below.