There has been a lot of back and forth between Microsoft and Google in the Office 365 vs. Google Apps app-suite debate. Both camps have been keen to publicize their respective customer steals from one another, and neither has been afraid to highlight the other’s flaws of projects undertaken. 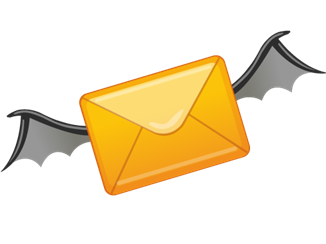 The latest pop comes from Microsoft in the form of a leaked satirical video, poking fun at Google’s method of advertising to Gmail users based on information gathered by prying on email habits. Last week at the MGX opening sessions, Microsoft used its “Gmail Man” spoof to incite its workforce to sell Office 365 against Google Apps and Gmail.

In the video, "Gmail Man" sifts through Googlized physical mail seeking key words to use for advertising, giving the impression that, despite cries of "How can you do that, Gmail Man?", Google cares more about advertising and revenue as opposed to the privacy of its customers. At one point in the video, Gmail Man appears to have gotten his wires crossed somewhat, taking key words from a conversation of one Gmail user, putting them in a different context and essentially putting two and two together and coming up with five – advertising completely the wrong thing.

Google has said that the contents of your email and how accounts are used do reflect on which adverts are brought your way. For example, if you frequently send and receive emails about soccer, Gmail may kindly start giving you information related to soccer or local soccer events. Apparently the system will reduce the number of ads it shows to users by a third, as there is less trial and error advertising and more specificity. It’s important to note that it only takes data from the emails you read, so thankfully we will not have a situation whereby Google is advertising the contents of your spam email to you.

With Google+ still not officially launched in the mainstream lane, Google will certainly need to dispel any ambiguity concerning user privacy. If it wants to fulfill its aim of prizing the social networking masses away from Facebook – which has had it’s own share of privacy beef – it will have be seen to be taking the appropriate steps to protect user privacy.

(via All About Microsoft)