It has been a long time coming, but a version of Microsoft Office for iOS and Android is real, and while currently in the works, will be arriving early next year. As is frequently the case, the iOS version for iPhone and iPad will drop first, with an Android edition landing over at the Google Play Store at some point thereafter.

It’s not the first we’ve been hearing of Office for non-Windows-based devices, and the release of OneNote for iPad earlier this year certainly laid the foundations for the famed productivity suite to eventually arrive. To add a little leverage to the persistent rumors, TheVerge cites a number of sources in outlining the software maker’s plans to release Office for iOS and Android in the early stages of 2013, and while many have made do with the alternatives available on the two foremost mobile platforms, there’ll be a collective sigh of relief when the Redmond company finally joins the fray.

Using Office Mobile will require a Microsoft account, and is likely to take the form of a free download for viewing documents, spreadsheets, presentations and such while on-the-fly. This will serve as a taster for the fully-fledged package, which will require an Office 365 subscription for all of your basic editing needs in Word, PowerPoint, and Excel.

An IAP (in-app purchase) system will allow consumers to grab an Office 365 subscription swiftly and securely, although there will also be a system by which codes can be purchased in much the same way normal Office subscriptions work for small businesses. 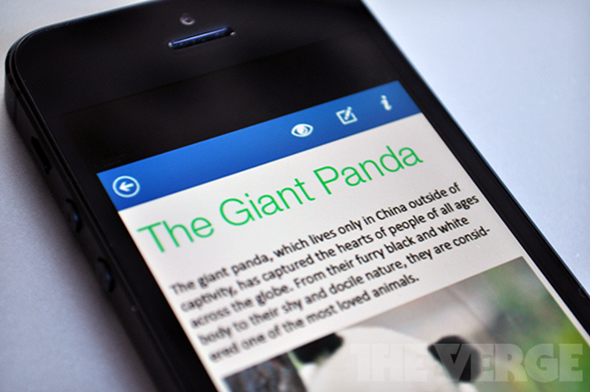 According to TheVerge’s report, the editing will likely only offer a fraction of the functionality found on the desktop version, so those hoping for a full-on Office replacement will be disappointed – at least initially. The iOS and Android version will serve instead to supplement the regular version of Office for when you really cannot be at a computer. While this makes sense for smartphones, I don’t see why the iPad, and most Android tablets, shouldn’t receive something representative of full-functionality, but in the same breath, I do believe Microsoft will eventually cave in to inevitable pressure / natural progression, and offer an all-singing Office for tablets – it’s more a case of when than if.

Office Mobile should make an appearance toward the end of Q1 2013, while the Android version is reckoned to be dropping sometime in May.