If you have been reading the Windows 8 coverage at all, you probably already know about the Metro UI of the Windows 8, flattened and tiled look, which has its basis in the Windows Phone 7.

Leaked screenshots from the Office 15 highlights the fact that the folks at Redmond are not only adding the Metro UI to the new version of the Windows but to the upcoming version of Office too. 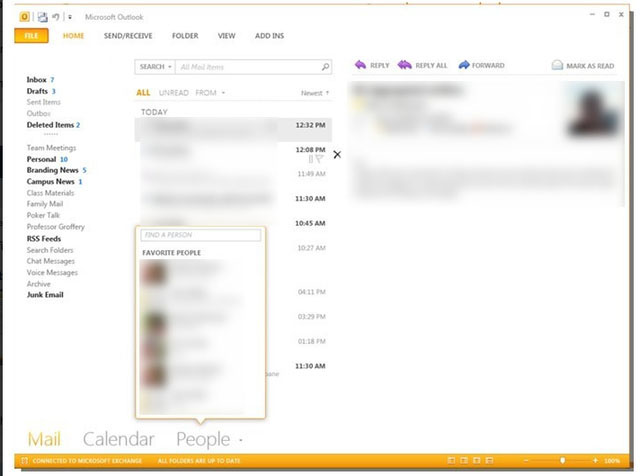 The new Outlook’s interface is much cleaner, simpler and yet seems to offer what users expect from it. The main window structure seems to be inherited from the older versions but the flattened looks and clutter-less environment adds the beauty of simplicity. One thing that Microsoft has lacked since forever is eye-candy and with the Metro UI look, it appears that Microsoft is catching up.

Sources revealed that the upcoming Office has reached the Milestone 2 phase of development. For now, little is known about the features that Office 15 may offer to its users but the new Outlook is expected to include "world class messaging, contacts, calendaring and social collaboration for both enterprise and cloud" suggested a job listing.