Microsoft has a pretty busy schedule coming up over the next couple of months, and as well as Windows 8, Windows Server 2013 and the introduction of the Surface tablet, Office 2013 is also in the pipeline. The next iteration of the popular productivity suite has been available to download as a preview version for the past couple of weeks now, bringing many new features including deep cloud integration, and now the Redmond-based software extraordinaire has launched a dedicated Store for Microsoft Office 2013.

The aptly-named Office Store will work in a similar manner to the Windows Store for the upcoming metro-based operating system, and will allow app developers to create and distribute apps specifically tailored for Office 2013. This represents a significant step for the software bundle, which features the old favorites such as Word, Excel, and PowerPoint, and gives consumers a license to do a lot more with the stock offering.

With the App Store thriving, the Google Play Store making serious ground, and the Windows Store also picking up interest, it’s certainly a great time to be a software developer, and similarly to the company’s main Store for Windows, the UI of the Office Store looks just as sleek, and is said to be as easy for consumers to navigate. 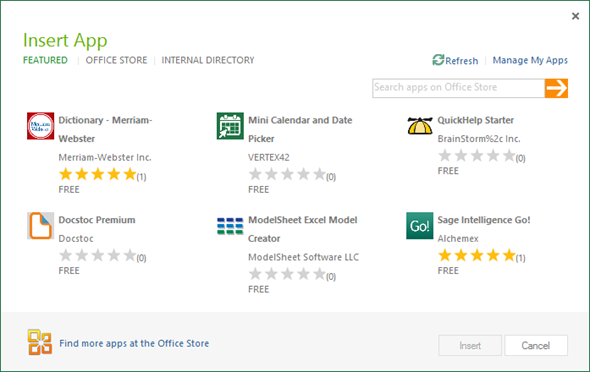 Taking advantage of the progress of the aforementioned rival stores, the Office Store will allow consumers to check out reviews of third-party apps before downloading, and in a field where refunds are scarce, the thumbs-up or down from fellow purchasers can be an invaluable tool in dodging an incompatible, incompetent, or misleading application. 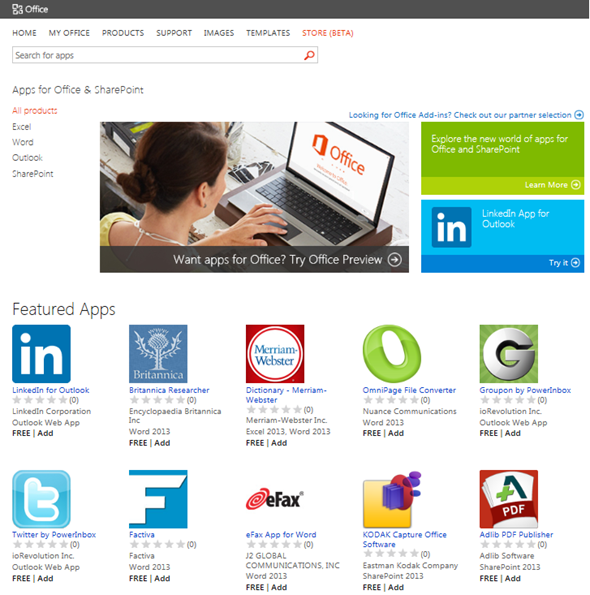 The issues of compatibility found with current app hubs should be fewer and farther between with Microsoft’s offering, since, as the company points out, all apps will be based on web-standards, thus loading straight away. "If you use a new machine," says Microsoft’s Vivek. Narasimhan in a blog post over at MSDN, "just sign-in with your Microsoft account and all your apps will be there."

From a developer’s point of view, the Office Store works in much the same way as the Windows Store in terms of uploading and adding new features to apps, and being duly reimbursed for them. Microsoft will be taking a 20-percent cut out of everything you make, but that’s not bad considering Apple takes 30-percent. Not that it’s a competition or anything.