Microsoft’s reputation in the software game took a bit of a self-inflicted beating back when Windows 8 launched, and since then, the software giant has been busily reminding consumers of why its flagship OS has commanded such a huge market share over the past few decades. Windows 10 is shaping up promisingly, with the Xbox maker looking to integrate its multiple platforms, products and devices under a more unified, cohesive umbrella. The new Spartan browser, which will eventually replace Internet Explorer, is at the heart of these efforts, and as we’ve already learned, will harness the power of the digital voice assistant Cortana. Now, we get to see the fruits of this endeavor in action, and as you’ll fathom from the clip below, Spartan looks a clean, fluid and functional experience even at its current beta standing.

Cortana’s name is based upon the voice assistant software found in the Halo series, but as we’ve already seen through Windows Phone 8.1, it’s far from a gimmick. Indeed, being late to the party does have its advantages, and while Microsoft may have stood back and let Apple’s Siri and Google Now establish themselves, the software maker has essentially cherry-picked the best of both and delivered a well-rounded, polished application. 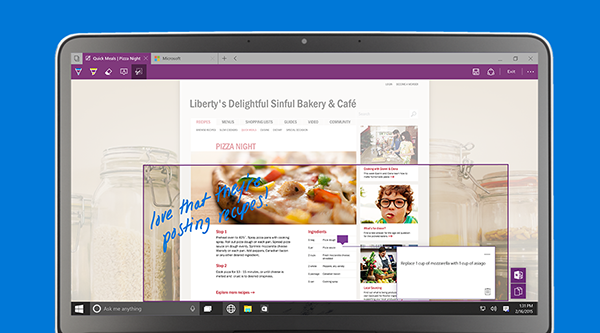 Even Spartans need assistance every once in a while, and Microsoft’s own Spartan is supported in spades courtesy of Cortana. As you’ll see from the walkthrough clip provided by the folks at WinBeta, Cortana is very sidebar-oriented, ready to show snippets of information at the drop of a hat. Even in beta, it looks ready for prime time, and while we’ve long accustomed ourselves to the trappings of Chrome and Firefox, it does, somewhat unbelievably given the state of Internet Explorer at times, seem like Microsoft has something worth shouting about here.

Words can be highlighted and meanings / further info can be shown in the sidebar with consummate ease; no need for opening new tabs and whatnot. As you’ll also notice, amenities like weather are available as the word is being typed into the URL bar, without the need to open a whole new page, and going by this clip and the previous software showcasings from Microsoft in recent times, it’s hard not to get a little excited about Spartan, Cortana, and Windows 10 as a whole.

Anyway, check the clip below, and do leave your comments via the usual channels.