Although Microsoft has born the brunt of much criticism throughout the tech industry over the years, the Redmond-based software maker has had a comparatively good last couple of years. The Xbox 360 is the number one console, Windows Phone is growing steadily, and the Windows 8 Consumer Preview dropped earlier this year to widespread critical acclaim.

Windows 8 is just around the corner, and having used most versions of Microsoft’s flagship OS hitherto, I would say the latest edition is not only the most promising, but the most daring to date. Many of the omni-present features users have become accustomed to are now gone, which is brave enough, but by implementing a Metro interface throughout, Windows will almost certainly look alien to the general consumer. Because let’s face it, while most of us testing out the Consumer Preview are happy with what Microsoft has achieved, a vast portion of Windows users are likely unaware of which version of Windows they’re using, let alone the fact there’s a new iteration itching to hatch. 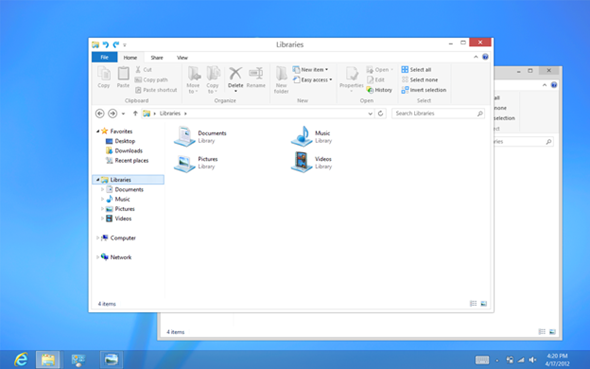 As well as the overt implementation of the Metro tiles here, there and everywhere, Windows 8 rings in plenty more changes, and the MSDN blog has confirmed what we can expect with the Release Preview of Windows 8 – likely to be a clear representation of the features present in the OEM iteration.

There are a plethora of new features, but one of the significant changes is the scrapping of the Aero glass. First seen in the publicly flogged and almost forgotten Windows Vista, it was supposed to give Windows a slick, smooth interface, but in truth, it simply slowed things down. Although Metro does seem better suited to tablet devices, I have been using Windows 8’s Consumer Preview for a few months, and I have yet to feel compelled to revert to Windows 7 – despite initially missing the START Orb.

We have moved beyond Aero Glass—flattening surfaces, removing reflections, and scaling back distracting gradients.

It’s great news for all Windows users, since while Aero may have looked good to some, it should never have been such a keenly-lauded feature, and while I’m taking Microsoft’s words slightly out of context, I would say it was created by Microsoft to distract from the fact that Windows Vista failed to really innovate, and was more of a step down than a step up from XP. 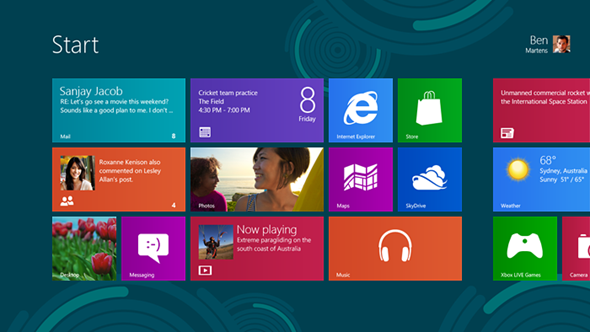 As techies, I think we’ve gotten a little carried away with Windows 8, and there will likely be some kind of backlash when Windows 8 is forced upon every new computer purchaser later this year. While I have plenty of tech-orientated friends, I can think of  several people who’ll take one look at Windows 8 with an expression of sheer confusion. Microsoft places emphasis on believing in “people and their ability to adapt and move forward,” and while many users will have familiarized themselves with ecosystems based on titles and icons, it will be more than intriguing to see the reaction after Windows 8 has had a couple of months in the shop window.