While Microsoft released its Edge Chromium browser to those who were willing to test it out on Windows last month, anyone using a Mac has been left watching from the sidelines. Even though Mac users are already spoilt for choice when it comes to good web browsers, having access to another can’t hurt and while Microsoft isn’t ready to release anything just yet, it has been teasing Edge running on macOS.

Microsoft’s Build 2019 developer conference is underway currently, and alongside new features for Edge on its native Windows, the company has also been showing what the macOS version will look like. There’s no release yet, and Microsoft isn’t saying when that will happen, but The Verge reports the belief is that both Canary and Dev builds of Edge will be available “very soon.” 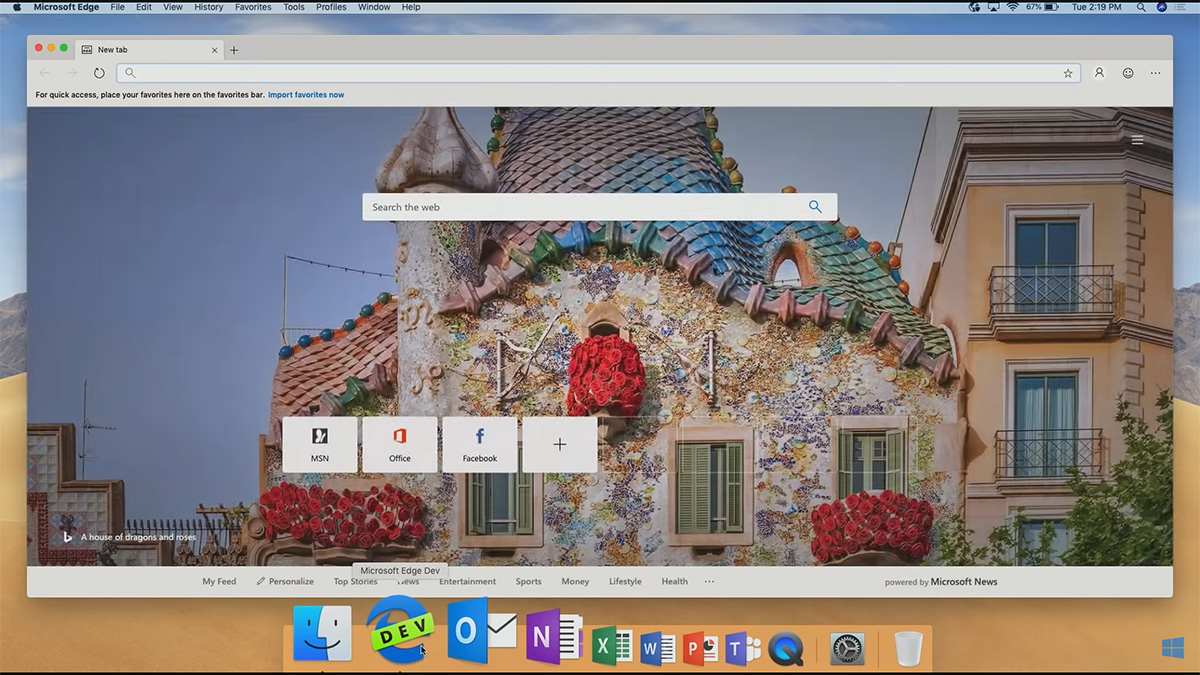 Back in December, we announced our intention to adopt the Chromium open source project in the development of Microsoft Edge on the desktop to create better web compatibility for our customers, and less fragmentation of the web for all web developers. Now we’re ready to show you what we’ve been working on, and invite you to come along on our journey.

If you’re reading this in Safari and wondering why you should care, then there are a couple of reasons. One of them is the fact that the updated Edge, using Chromium, has been proven to be more stable and performant than its predecessor on Windows already, suggesting we could see a speedy browser on macOS, too. Secondly, it’s always good to have more options on the Mac, and competition is always a good thing for users.

We don’t know whether Edge will see much take-up on macOS, but we do know that if it can compete with Safari, it will push Apple to make its own browser even better.

That sounds like a very good thing to us.