Microsoft’s latest Windows 8 operating system has been getting a lot of attention and causing waves in the technology world over the last few months, attention that has intensified in recent weeks thanks to the release of the Release Preview that pretty much shows us what to expect when it hits the shelves. With Windows 8 featuring the much loved Metro-style interface, users are not only excited about getting their hands on what represents the next step for Microsoft, but also keen to see what software is produced by third-party developers.

I think it is pretty safe to say that the majority of computer users make extensive use of the internet, meaning that amongst other applications, a web browser is likely to be one of the most-used piece of software on most machines. Windows 8 will obviously ship with a new version of Microsoft’s Internet Explorer browser, an offering that has been getting praise recently but still remains hit -and-miss amongst the majority of people. For those that may prefer to use a different browser, Google have possibly come to the rescue by releasing their own Metro-inspired browser, which becomes the first browser to hit the platform developed by a company other than Microsoft.

First and foremost, to be able to benefit from this new version of Chrome, users will need to be using the Windows 8 Release Preview of the operating system and then download the update from the developer channel. The Chrome browser is more than likely going to be successful on the Windows 8 platform purely because a large set of users already have their preferred web browsing software and are unlikely to deviate from that with a new OS. However, the latest offering from Google doesn’t seem to follow any of the design philosophies and conventions that are laid out in the Metro guidelines, in fact it pretty much does its best to disregard them.

It is worth remembering that this is only an initial test release from Google and will likely go through a serious backend facelift before being classed as a final build. In terms of menu structure and location of settings and preferences, the setup is pretty much the same as the Chrome that we have all come to know and love, and has simply been recreated with a metro style interface. 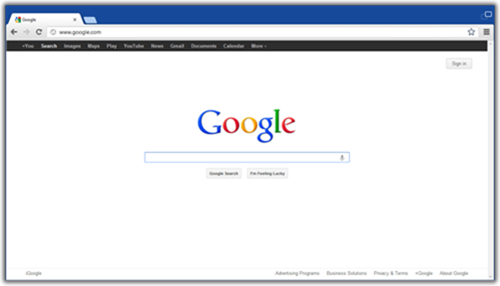 The fact that Google have released this through the development channels show that it i exists as some kind of weird hybrid creation that is neither a standard creation, nor is it fully Metro being. Personally speaking, I love the Metro style and design, and believe the guidelines exist for a reason. With that being said, I also love Google Chrome and use it across all my machines as my main browser, so if the time comes when I do own a Windows 8 desktop, then I would still use Google Chrome, whatever form it comes in.