There is no doubt about the fact that battery is one of the most important aspects of any mobile device. A device can be the most beautiful, elegant creation in the world and contain some of the most advanced features that we have seen in the mobile game, but if the battery doesn’t last five minutes then the whole design process has been in vein. Apple’s iOS devices do a fairly good job of keeping the user informed of the current battery level through a tidy little icon and optional percentage indication, but for those jailbroken users who want to make a little aesthetic tweak then the Live Battery Indicator package could be the solution.

It’s not unusual for jailbroken users amending and modifying the aesthetics of certain aspects of the iOS system. It’s generally accepted however that most of the major visual changes are done through the installation of WinterBoard or DreamBoard themes, but when an entire user-interface change isn’t required it is possible to make small and subtle changes. Live Battery indicator is one of those packages that doesn’t necessarily offer any additional functionality, but instead changes the way that the default information is presented to the user. A visual tweak of sorts. 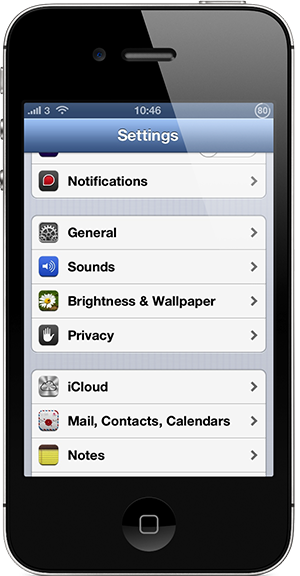 When Live Battery Indicator has been installed there are no additional home screen icons added to the device or dedicated preferences to configure for the package. The tweak itself is activated by default immediately after installation, with the presence of the package being indicated by the amended battery indicator in the top-right hand corner. A numerical indicator displays the current battery percentage level, with the same information also being visualized with a cylindrical measurement tool that sits around the percentage level.

The visual changes may not be to everyone’s taste, but it does seem like the package has been created for those who want a graphical representation as well as a numerical percentage indicator without taking up too much of the status bar. The tweak itself is sitting as a free-of-charge download so it is definitely worth a look.

Live Battery Indicator is available as a free-of-charge download from the ModMyi repository with no specific iOS version requirements being given.