It’s difficult to keep track of how many pieces of concept technology are thrust into the public domain, only to then fall by the wayside and never actually make it into real-world production. Some of these examples are designed to purely embrace being a concept, and are often based on technology that doesn’t yet exist, hence why they never come to fruition. Some on the other hand, such as this excellent Samsung Smart Windshield, are concepts designed to solve a specific set of problems and are actually capable of being put into production thanks to the existence of the underlying technology.

There’s an unprecedented amount of money being pumped into research and development in the autonomous vehicle market at the moment, but as you might expect, the majority of that investment is intended to progress the introduction of these self-driving cars by producing the technology to make that happen. There’s very little, if any, investment being funneled into trying to provide a much better and ultimately safer experience for motorcycle riders. Step forward South Korea-based Samsung with the Smart Windshield concept. 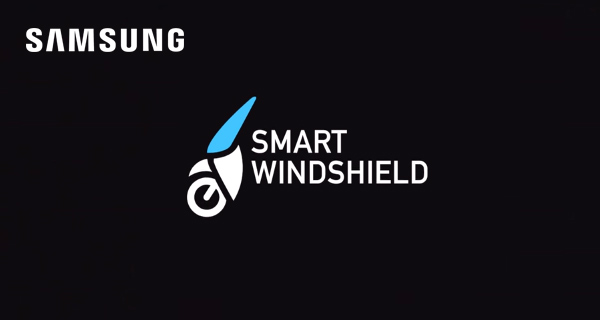 Samsung has taken a slightly different approach to an intelligent motorcycle windshield than the likes of BMW and Reevu. Both of these companies have previously shown off an idea that involves integrating a display directly into the driver’s helmet visor.

Samsung is proposing a different route by pairing one of its own Galaxy smartphones with a purpose built app that then projects information onto the motorcycle windshield through a small projector connected wirelessly to the Galaxy device. That projection would involve very specific navigation information to assist with the rider’s journey. Because it’s connected through a smartphone, there will also be a tie-in with apps like phone and messages apps which would allow automated responses to be sent out to incoming communication when the bike is in motion. 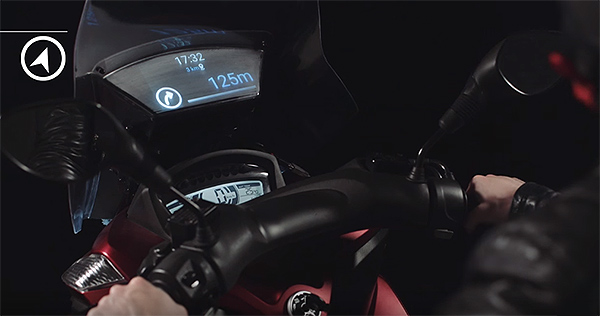 Samsung is keen to stress that this is entirely a concept at the moment, with no decisions actually been made on whether or not this will ever go into production for people to actually purchase and interact with.

Check out the video for yourself and see what you think. If you own a motorcycle, would you prefer a heads-up display similar to those being proposed by BMW and Reevu, or something directly on the bike’s windshield like the Samsung solution?