LG has announced the latest addition to its Internet of Things (IoT) ecosystem, and let’s just say it looks, well, familiar. The New SmartThinQ Hub will officially be unveiled at the 2016 CES (Consumer Electronics Show), but the official visuals released by the South Korean-based giant will immediately conjure up mental images of Amazon’s excellent Echo hardware. Of course, we’re not suggesting that LG is playing the copycat role here as the contraption offers more functions and is different in a lot of ways. However the visual resemblance is enough to draw comparisons with Amazon’s popular IoT device.

LG is clearly determined to join in on the home automation revolution that’s currently sweeping the globe, and as such, is positioning the SmartThinQ Hub as a “gateway to smart sensors and connected appliances in the home”. Amazon’s Echo and LG’s SmartThinQ may have very similar characteristics and physical aesthetics, but are being pitched for very different segments of the market. Rather than being a connected device used solely for music playback and the likes, LG sees the SmartThinQ as the focal point and controller for everything connected in the home. 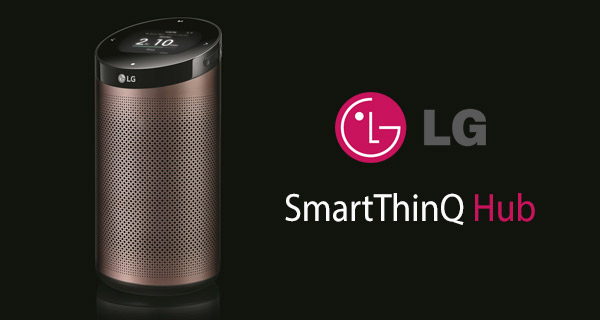 The inclusion of a 3.5-inch display on the LG SmartThinQ means that alerts and information from controlled devices can be displayed directly on the hardware itself. Smart refrigerators, washing machines, air conditioning units et al can all feed that real-time information back to the SmartThinQ to provide instant feedback to the owner via that display on the top of the hardware. There’s also the really cool feature of audible announcements and notifications that are handled by the hardware’s huge speaker that is essentially the whole of the body of the device. LG is also offering the SmartThinQ sensors which can connect to conventional devices via Wi-Fi, ZigBee and Bluetooth, and as a consequence those devices will be able to interface with the SmartThinQ Hub. 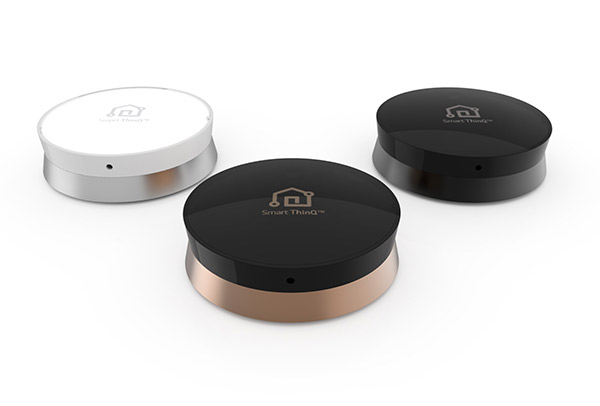 One critical area where the Echo and SmartThinQ differ from one another, is that unlike Echo’s voice activated assistant Alexa, LG’s new hub once released will only be controlled via the SmartThinQ app. 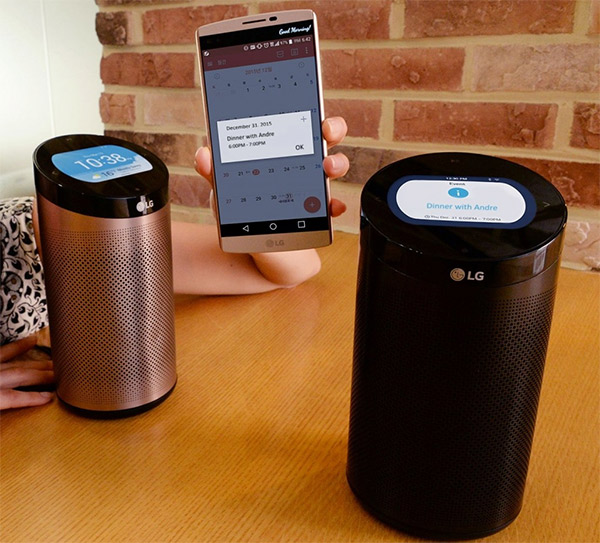 Compatibility with the SmartThinQ is limited to devices available on the market that conform to the AllJoyn open source framework from AllSeen Alliance, which currently includes LG Smart TVs, Musaic MP5 and MP10 devices, the Buffalo AirStation 1900, and even Microsoft’s Surface Pro 3 and Windows 10 devices. Jo Seong-jin, President and current CEO of LG Electronics Home Appliance & Air Solution Company believes an open approach is going to be the future of the connected home:

The LG SmartThinQ Hub is just another example of the open approach we believe is the future of the smart home. Openness and strong partnerships with industry leaders is what will make smart home technology more accessible and more convenient to consumers. And at the end of the day, that is what our smart home strategy is all about. 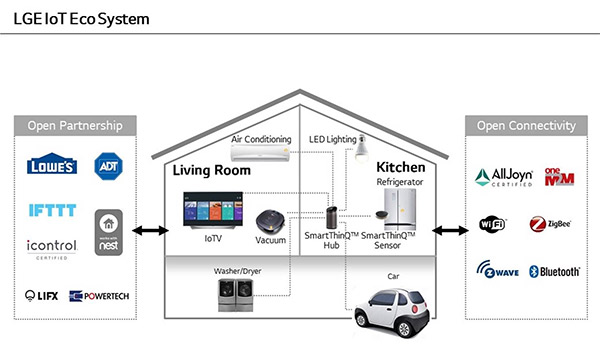 The SmartThinQ will be offered in either Champagne Gold or Black finish, and can be seen demoed at stand #8204 in the Central Hall during next month’s CES at the Las Vegas Convention Center from January 6-9.