HP has just lifted the covers on what it is calling “the world’s thinnest laptop”. HP may be a name that’s instantly recognizable around the world as a manufacturer of PCs and hardware components, but the company has relatively recently embarked on a mission to become known as a premium PC manufacturer in what is a highly saturated and highly competitive marketplace. The new HP Spectre is a 13.3-inch ultrabook offering that looks to compete head-to-head with Apple’s extremely popular MacBook Air and even the 12-inch MacBook, in terms of both performance and overall product design.

On first glance, it may seem as if the boast of being the world’s thinnest laptop is nothing more than an initial marketing ploy to drive interest in the new HP Spectre. However, on investigation, the numbers definitely do add up. The Lenovo LaVie currently holds the title of being the world’s lightest laptop offering, but like Apple’s MacBook Air, that particular model measures in with a thickness of 17mm. The new 12-inch MacBook, along with the Razor Blade Stealth, both offer a thickness of 13mm. HP’s new Spectre offering measures in at an amazingly minute 10.4mm. 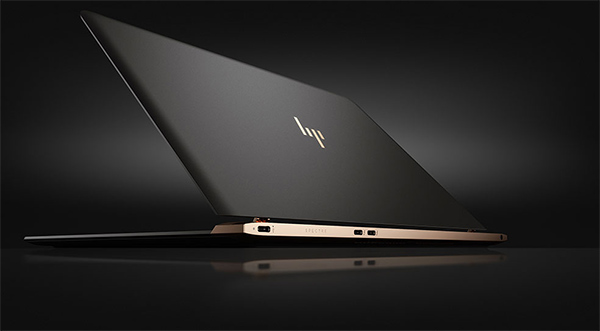 Like Apple’s MacBook, the result appears to be a premium notebook experience that means users no longer have to choose form over function. The total weight of the Spectre is just 2.45 pounds thanks to a carbon fiber underside that offers a tough and lightweight shell.

There’s also an innovative hybrid battery that has been split into multiple thinner pieces while still managing to deliver up to 9 hours of up time. “Four polymer battery cells are distributed throughout the device in order to maximize the battery capacity in this ultra-thin design” says HP. While the slimness will instantly catch your attention, you will notice the modern retake on the HP logo as well. 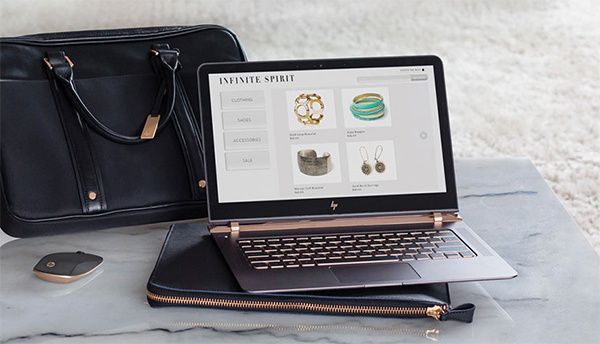 The Spectre packs a 13.3-inch FHD IPS display protected by Gorilla Glass, but it’s not touch-enabled as is the trend with most Windows 10 laptops these days. Consumers will have the option of choosing a model complete with Intel sixth-generation Core i5 or i7 processors that surprisingly will not be from the lower-power Core M family, and instead be from the mainstream family resulting in some amazing performance. Storage purposes are met by a 512GB SSD drive, which is coupled with 8GB of RAM.

The Spectre also packs premium audio performance thanks to stereo speakers by Bang & Olufsen that comes complete with HP Audio Boost technology. Consumers can also expect to find three USB Type-C connectors on the hardware, two of which will support Thunderbolt for a faster, more versatile I/O connection. Oh and the OS of choice here? Windows 10 of course.

Consumers looking for a new laptop of this nature really don’t have long to wait. HP will be making the 13.3-inch Spectre available for pre-order via HP.com and BBY.com on April 25, with prices starting from $1,169.99 in the U.S. Those with a preference to collect in person from a physical retail outlet can do so from participating Best Buy stores from May 29, starting from $1,249.99. As for international prices and availability, there is no word about it for now.