Downloading a game that is centered around pure arithmetic might not sound like everyone’s idea of a great time, especially when the App Store is home to a plethora of sporting, simulation and action games. With that said, they do say that a change is good for the soul, so where is the harm in having some fun directly from the palm of your hand while also feeding your brain the food it needs to stay active? Math QuizUp is a new game for the iPhone, iPad and iPod touch that allows a user to test their arithmetic skillsagainst other gamers in a mathematical face-off.

We’ve seen the success which turn-based gaming can bring. Games like Letterpress and Draw Something! have proved extremely popular around the world by taking familiar concepts and adapting them for modern devices like the iPhone and iPad. Math QuizUp is built around the same principles but instead of drawing a picture or arranging random letters to spell the longest word possible, gamers are invited to engage their brains and solve arithmetic problems of varying difficulties. 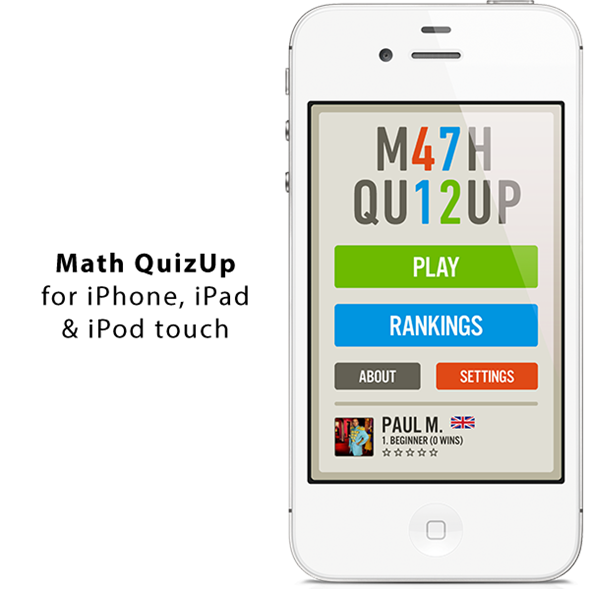 The first thing that is noticeable about the game is that the user-interface has been finely crafted to not only look elegant and minimalist, but also be extremely simple for users to navigate around. Gamers shouldn’t be bogged down with complex interfaces that detract from the core functionality of the app, and thankfully, that isn’t an issue with this particular creation. Once you get past the initial downloading and installing, the rest is pretty simple and straight forward – solve mathematical questions as quickly as possible to fly up the leader boards. 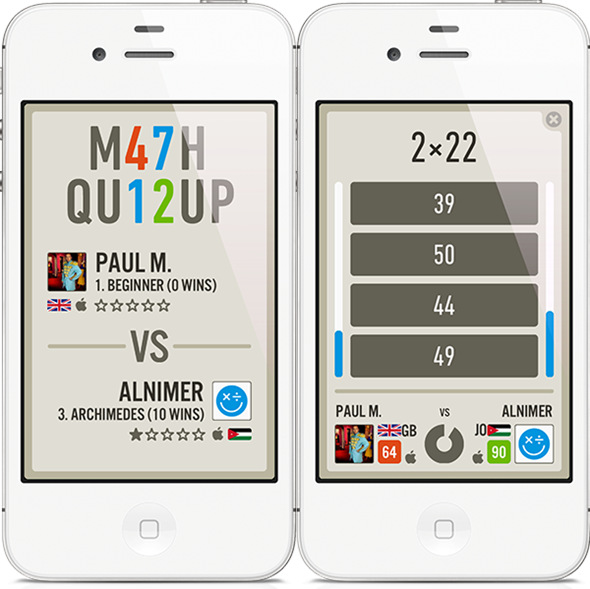 Rankings in the app is based on global results, per individual country or based on a friend if gamers choose to keep things a little more personal. The idea is simple, the execution is as good as we can expect from a game of this nature, and it may sound strange to say it but it is actually extremely fun and addictive. The only downside is that it is fairly easy to cheat, so it may be safe to stick to games with those who you know will honor the integrity of the math world. 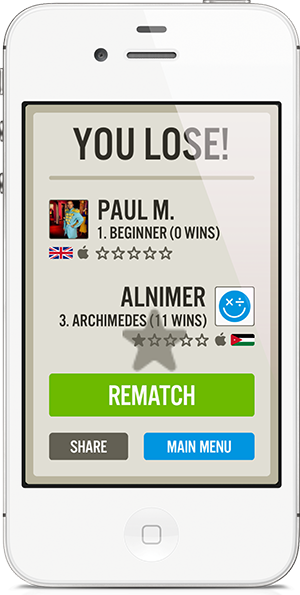 (Source: Math QuizUp for iOS on the App Store)