MacBook Pro Refresh Could Be Imminent

According to information gathered by 9to5mac, the current stock of MacBook Pros are seriously low, which can mean one of two things; Either the demand is significantly outweighing the supply, or Apple is planning to alter the line-up. 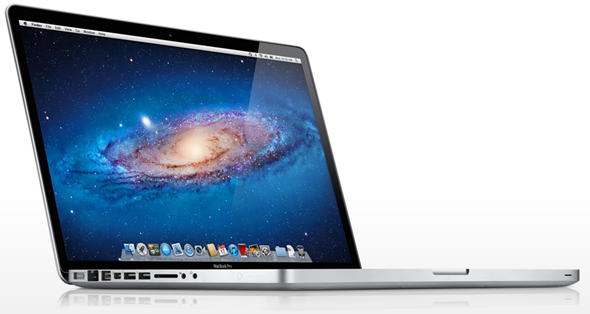 Fortunately for the Apple enthusiasts among you, it’s the latter; and updates to all MacBook Pro’s have begun to appear in Apple’s inventory system for the 13, 15 and 17 inch screen models. Now before you get too carried away, the new MBP’s will serve as more of a refresh than a fully-fledged upgrade and redesign, so sorry to get your hopes up, again!

So expect a few negligible changes this time around in the form of slightly faster processors and Bluetooth 4.0, amongst others. Those seeking a major overhaul with all the usual accompanying bells, whistles and new features will unfortunately be kept waiting a little while yet.

The news follows the somewhat underwhelming announcement of the the iPhone 4S which, despite pre-orders selling quicker than hot cakes, is not exactly as exciting as it might have been. Having said that, with a Retina-display iPad (3) due early next year along with the hopeful release of the iPhone 5, maybe we’ll look back on this year’s Fall in its literal sense: the calm before the storm.

With the untimely death of Apple talisman Steve Jobs last week, some have questioned whether a significant portion of the Cupertino’s company flair died with him. While it goes without saying that Tim Cook has huge shoes to fill, it remains to be seen whether Apple continues to grow at the astronomical rate it has done since the release of the game-changing, company-defining iPod.

As well as processor tweaks, it is expected that the optical drive will be dropped, rendering the MacBook Pro another pawn in Apple’s crusade to make the Mac, iTunes and App Stores the center of the known universe. Undoubtedly, the device will be thinner and lighter without an optical drive, but are we yet of an age digitally where we can all completely ditch our DVD rewriters?

While it’s perfectly viable to download and install software and operating systems, there just feels as though there is something missing when our computer is bereft of it’s optical drive – like an option has been lost.

What’s your take on this – do we need optical drives, or is Apple following kosher practice in removing such drives from its most upmarket portable computer range? Opinions are welcome as ever on our Facebook fanpage.