M Is For: Facebook’s Answer To Siri, Google Now And Cortana

With Apple and Google using Siri and Google Now respectively, the personal digital assistant was already a market that had massive potential even before Microsoft entered the fray with its own alternative in Cortana. Now, a new competitor is entering the fray, and it’s coming from the most unlikely of sources: Facebook.

Currently only available to a limited number of people in the Bay Area, Facebook’s M digital assistant, which became known to us only recently in the Moneypenny rumor, aims to one-up the competition with the ability to actually carry out real-world tasks by itself, such as making reservations, suggesting a gift for a friend and booking appointments, in addition to regular queries. It lives inside Facebook Messenger rather than being an app of its very own. This means that the natural method of getting data into and out of M is via a conversation that essentially looks and feels like a real, normal conversation with one of your friends. 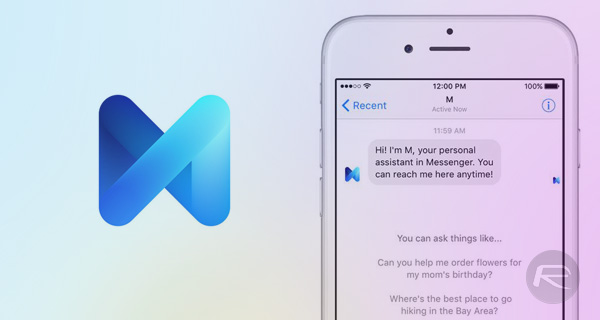 That’s helped by the fact that Facebook will be using real humans as well as computers to make M work, with the AI being “trained and supervised by people” who take over and handle requests and queries directly when a computer can’t do what’s required. The transfers are done seamlessly, that is, the user won’t be notified when a Facebook M trainer has joined the conversation.

Seamless transfer aside, the use of humans in itself is obviously going to cause a few privacy concerns, and while the software and human combination can’t access any of your own or your friends’ Facebook data, it will remember the information you gave it in the past. Whether that is an issue for you will depend on what that information happens to be, and whether you’re squeamish about a human being knowing it. Given Facebook’s past problems with privacy, this whole situation feels like an issue waiting to happen. 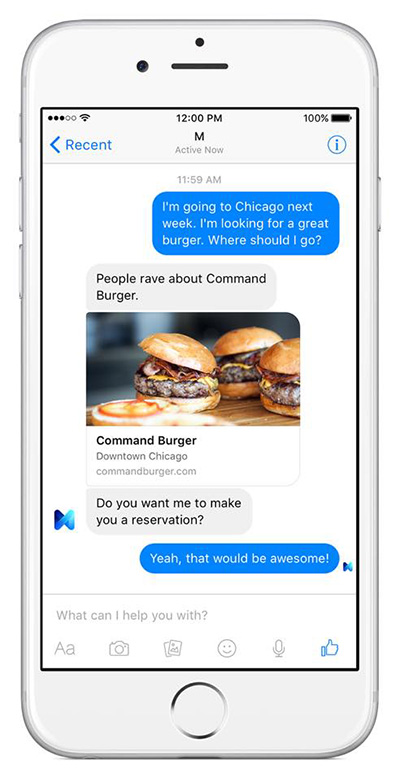 Whether Facebook M can compete with Siri, Google Now or Cortana remains to be seen, especially considering that none of those have truly cemented themselves into the way most people go about their lives. Do we really need another alternative, especially from the likes of Facebook? 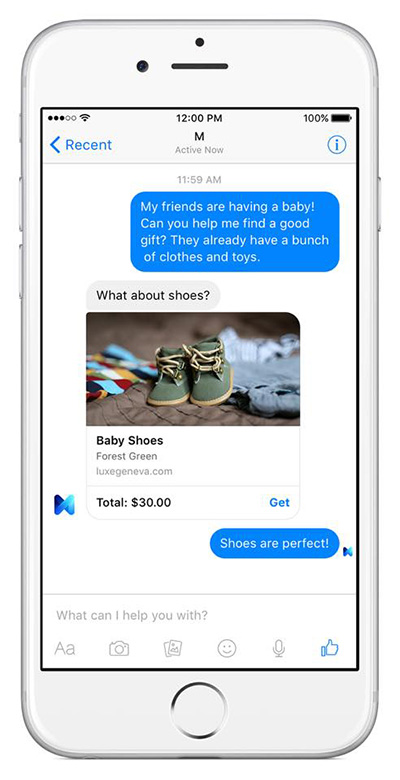 While Facebook is currently limiting M to those it chooses within the Bay Area, it does plan to eventually roll it out to everyone who uses Facebook Messenger, though there is currently no timescale on record for when that might be.