Lylac Is An iPhone Multitasking App Switcher On Steroids

Tweak and extensions for jailbroken devices that offer really in-depth customization capabilities generally prove themselves to be more popular than static offerings that don’t allow any personalization. One of the latest package to land within Cydia with iOS 9 compatibility is Lylac, a highly customizable tweak that has been designed, developed, and released as an attempt to reinvent and improve Apple’s native App Switcher within iOS.

One of the core features and selling points of Lylac is the introduction of a “Multi-Center” type functionality. This particular aspect of the tweak has been designed to fuse together Apple’s App Switcher mechanism and the Control Center. Rather than being a disjointed, two part process, Lylac attempts to fuse the two together in a seamless fashion that allows a single swipe to access toggles, quick launch buttons and music player controls. All of these are now integrated directly within the app switcher area. 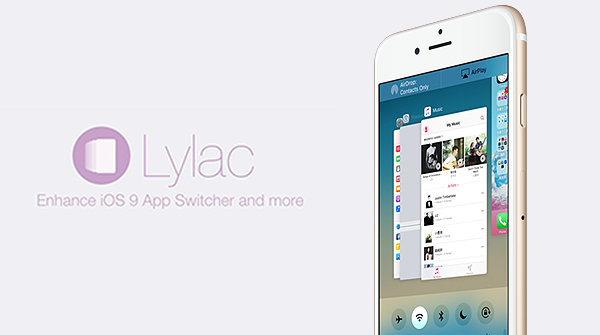 One of the key value proposals of Lylac, and certainly one that will resonate with a lot of users, is the addition of intelligence and power that introduces simple actions, like being able to kill all backgrounded apps with one swipe. There’s also the introduction of a downward swipe that introduces additional actions, such as being able to reboot the device, put it into safe mode manually, or power the device down entirely. In addition, the developer has introduced a “whitelist” feature that will keep any apps on it running. Perfect for music streaming apps for example. 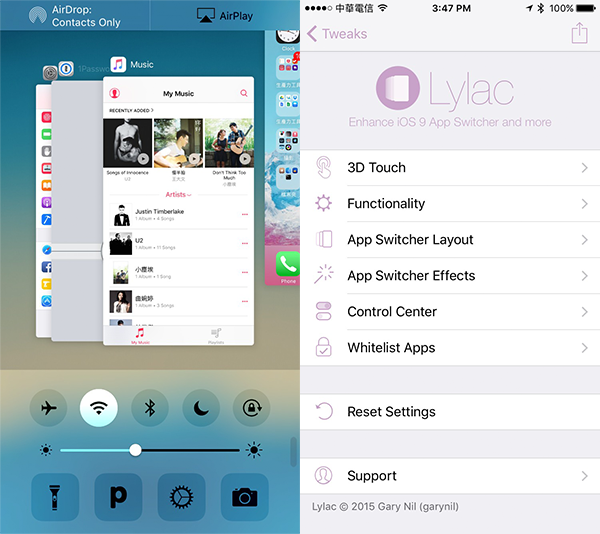 There are visual customization options as well, including theming the appearance of the switcher through the use of blurred backgrounds, darkness effects, and offset integrations. Users are also able to change the background image with whatever they desire. The developer behind Lylac has also seen fit to mention that the package offers compatibility with other Cydia-based tweaks and installations, such as Polus, CCSettings, FlipControlCenter, and QuickActivator, but that it doesn’t play too well if things like Swipe Home, LegacySwitcher, or SwitcherFlipper are installed. 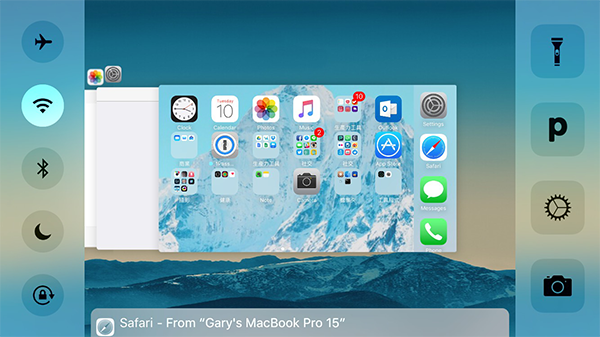 Lylac is compatible with iOS 9 on the iPhone 5, the iPhone 5c, iPhone 5s, the iPhone 6, the iPhone 6 Plus, the iPhone 6s, and the iPhone 6s Plus. The currently available version of the tweak does not offer compatibility with any of Apple’s jailbroken iPads. Lylac can be downloaded from the BigBoss repo in Cydia and will cost you $1.99.